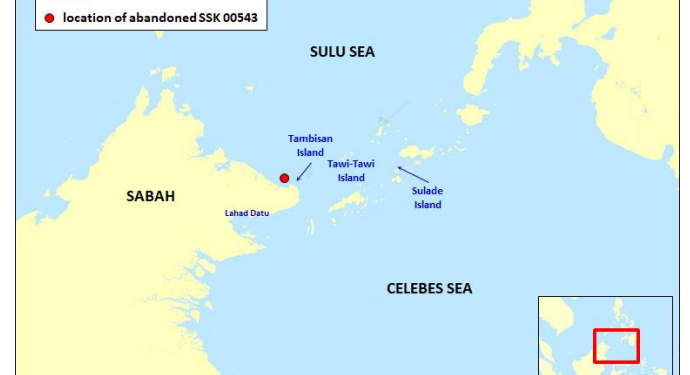 A total of eight crew men were kidnapped from a Malaysian-registered fishing trawler which was found abandoned on 17 January, off Sabah, Malaysia, according to data provided by ReCAAP ISC.

The fishing trawler was found abandoned and with no crew on board on 17 January 2020 at about 1500 hrs at approximately 4.24 nm off Pulau Tambisan, Lahad Datu, Sabah, Malaysia.

On 18 January 2020, the Malaysian authorities reported that they had recovered three of the eight missing crew in the vicinity of Lahad Datu, Sabah.

The Philippine authorities were conducting maritime patrols in the area, particularly near the Sulade island, which was believed to be the staging area of the perpetrators.

The Philippine and Malaysia authorities are stepping up their patrol efforts, conducting pursuit operations and intensifying its military operation to locate the five abducted Indonesian crew. 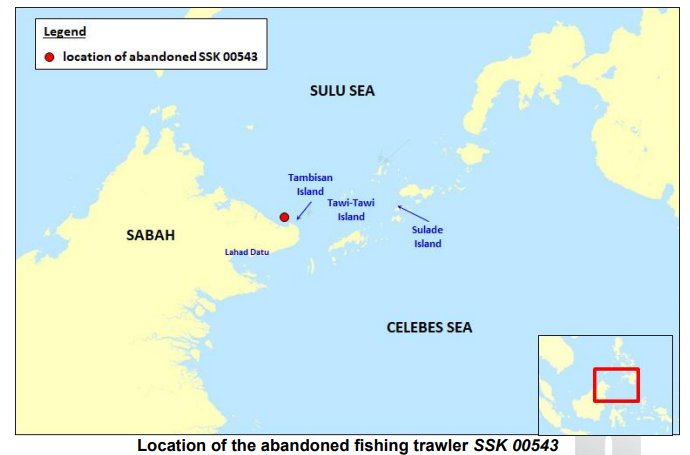 All the abducted crew from the two incidents in 2019 were rescued and released.

As the risk of the abduction of crew in the Sulu-Celebes Seas and waters off Eastern Sabah is high as demonstrated by the recurrence of the incident on 17 January 2020, the ReCAAP ISC reiterates its advisory issued via the ReCAAP ISC Incident Alert dated 21 Nov 16 to all ships to reroute from the area, where possible. Otherwise, ship masters and crew are strongly urged to exercise extra vigilance while transiting the area, and report immediately to the Operation Centres of Philippines and Eastern Sabah Security Command (ESSCOM) of Malaysia.

The ReCAAP ISC advises the shipping industry and ships to enhance their situation awareness by referring to the “Guidance on the Abduction of Crew in the Sulu-Celebes Seas and Waters off Eastern Sabah” produced by ReCAAP ISC in July 2019.