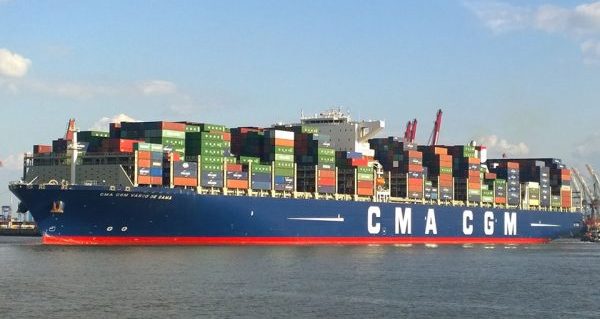 The container vessel CMA CGM Vasco de Gama grounded at Thorn Channel while it was approaching the Port of Southampton in the early hours of  22 August 2016. The vessel was UK-flagged and at the time and had two of the port’s specialist container ship pilots onboard. The UK MAIB has issued the investigation report highlighting the importance of detailed planning and effective bridge resource management. Lessons learned also stressed that better master pilot exchange and communication could have prevented the ultra-large container vessel from grounding.

While the vessel turned at Thorn Channel its route was northern than the intended track. The sea room was reduced  and given the environmental conditions, CMA CGM Vasco de Gama was unable to sustain the rate of turn required to remain in the dredged channel.

This resulted in the ship running aground on a rising tide and on a flat shingle/sand sea-bed. A combination of tugs and ship’s engines enabled it to be re-floated soon after grounding.

After conducting an investigation to detect the cause of the vessel's grounding, UK MAIB concluded the following:

ABP Southampton have been recommended to improve their bridge resource management for its pilots, consider the provision of provisional pilotage plans to vessels prior to pilot embarkation and review its implementation of procedures and to improve standards of communication.

CMA Ships have been recommended to review the implementation of company procedures for passage planning and use of ECDIS and to include pilotage and bridge team/pilot integration in its internal audit process.

To read the full report for the accident, click the PDF below: