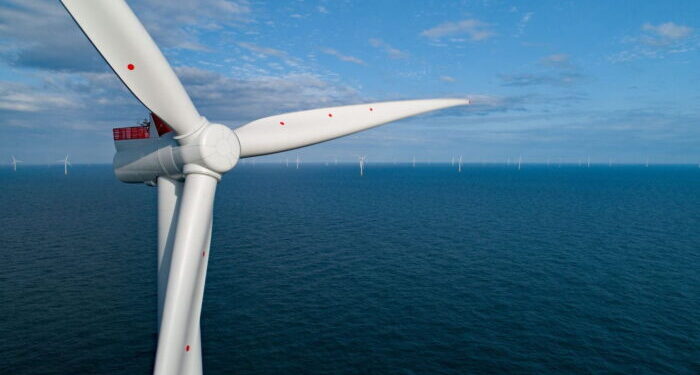 ITM Power, Ørsted, Siemens Gamesa Renewable Energy, and Element Energy have been awarded EUR 5 million in funding from The Fuel Cells and Hydrogen Joint Undertaking (FCH2-JU) under the European Commission to  investigate a wind turbine and electrolyser system designed for operation in marine environments.

The Fuel Cells and Hydrogen 2 Joint Undertaking (FCH2-JU), a public private partnership of the European Commission, has awarded the consortium behind the OYSTER project, EUR 5 million to investigate the feasibility and potential of combining an offshore wind turbine directly with an electrolyser and transporting renewable hydrogen to shore.

The consortium will develop and test a megawatt-scale fully marinised electrolyser in a shoreside pilot trial. The project will be coordinated by Element Energy.

To achieve the potential of offshore hydrogen production, there is a need for compact electrolysis systems that can withstand harsh offshore environments and have minimal maintenance requirements while still meeting cost and performance targets that will allow production of low-cost hydrogen.

This project is a first step on the path to developing a commercial offshore hydrogen production industry and will demonstrate innovative solutions with significant potential in Europe and beyond.

To create a world that runs entirely on green energy, we need to electrify as much as we can. However, some sectors cannot decarbonise through electrification and that’s where renewable hydrogen could play a significant role. Offshore hydrogen production could be a future, supplemental way of getting large amounts of energy generated from offshore wind power to shore

Moreover, according to Michael Dolman, Associate Director at Element Energy, offshore wind is now one of the lowest cost forms of electricity generation in Europe and will have an important role in Europe’s decarbonisation plans.