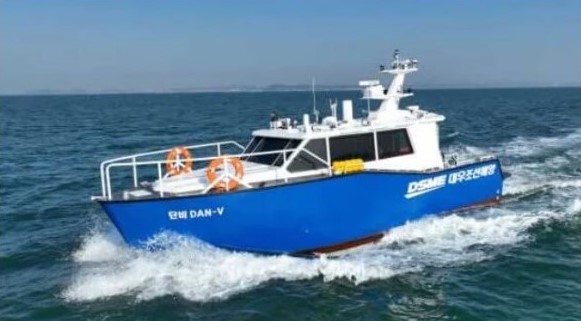 DSME has been developing its DS4 smart ship platform to allow permit fully autonomous operations. The shipbuilder has been collaborating with ABS and in October 2021 announced the initial certification of the new technology.

According to the shipyard,  the vessel successfully completed a series of demonstration tests. In fact, during the latest demonstrations, DSME sent remote commands to the DAN-V from a centralized control station for tasks including starting and stopping the engine.

The vessel also sailed along a planned route, turned to avoid a collision, and returned to its route once the obstacle had been cleared. All the testing was done remotely with no crew aboard the DAN-V.

Having completed the tests, DSME reported that the system achieved level three certification, meaning remote operation of vessels without an onboard crew. They acquired Level 3 autonomous navigation classification from Lloyds Register.

DSME now plans to continue with the system development, including moving to a test aboard a commercial vessel in 2023. The goal is to acquire Level 4 autonomous navigation by 2024 where the classification societies would be recognizing the vessel’s ability to operate fully autonomously.

At this stage, the operating system would be able to make decisions and determine actions independently without human supervision. DSME aims to launch a large autonomous commercial ship installed with its smart ship platform in 2025.