Above image is being used for illustration purposes only / Image Credit: Shutterstock

With the maritime industry continually improving anti-narcotics operations around the world, traffickers are finding increasingly novel and ingenious ways of smuggling drugs.  Ian Short and Sam Jones, experts from Campbell Johnson Clark's London office, explore the indirect legal and commercial consequences to shipowners and charterers arising out of delays and losses caused.

A ship’s sea chest in an underwater shell and fitted with a portable strainer plate provides a water intake reservoir from which the vessel’s piping system can draw water. However, in recent cases, space has also been found for other uses:  by cutting through the plate, narcotics can be stored inside for an entire voyage.

This is just one of the novel ways traffickers continue to find to conceal drugs on board ships, in this case at a location on the hull and below the waterline that can be exploited without the knowledge or cooperation of the crew. Divers can covertly cut open the area around the sea chest at the points of departure and destination without needing to rely on or pay off dock workers and crew, while also rendering conventional board and search techniques redundant.

Where narcotics are discovered, the ship will most likely be detained to allow for an extensive forensic investigation to take place.  Fines can be imposed and, if the crew are deemed to be involved, arrests and criminal charges can be made with criminal sanctions to follow.  The criminal aspects of the drug smuggling attempt would be subject to the laws and jurisdiction of the country where the drugs were discovered, where the vessel and the drugs are located and, possibly, where the drugs were first concealed on board.

For the owner, the resulting delays can potentially lead to periods of loss of hire and can give rise to claims from cargo interests, especially where the cargo is perishable. Subsequent fixtures may be missed as well if the delays prevent the vessel from meeting its next laycan.  Resolving these types of claims between vessel interests (owners, charterers, sub-charterers etc.) can become particularly contentious especially where there is an absence of specific wording in any charterparty.

Determination of liability as between the shipowners and charterers is therefore critical and much, as ever, turns on the specific wording agreed between the parties in their contracts, most usually a charterparty. One issue that can arise is the fact that many of the novel methods of smuggling narcotics were not envisaged when the relevant clauses were drafted and so, for example, the scenario envisaged above may not fall neatly within the charterparty clauses.

Where the BIMCO U.S. Anti-Drug Abuse Act 1986 Clause for Time Charter Parties 2013 has been incorporated, as outlined below, Charterers will be generally liable for the costs and delays caused by narcotics concealed on board the vessel.

In pursuance of the provisions of the U.S. Anti-Drug Abuse Act 1986, or any re-enactment thereof, the Charterers warrant to exercise the highest degree of care and diligence in preventing unmanifested narcotic drugs and marijuana to be loaded or concealed on board the Vessel.

Non-compliance with the provisions of this Clause shall amount to breach of warranty for the consequences of which the Charterers shall be liable and shall hold the Owners, the Master and the crew of the Vessel harmless and shall keep them indemnified against all claims whatsoever which may arise and be made against them individually or jointly.

Furthermore, all time lost and all expenses incurred, including fines, as a result of the Charterers' breach of the provisions of this Clause shall be for the Charterers' account and the Vessel shall remain on hire.

The Owners shall remain responsible for all time lost and all expenses incurred, including fines, in the event that unmanifested narcotic drugs and marijuana are found in the possession or effects of the Vessel's personnel.

Absent clear provisions as to apportionment of liability for the drug trafficking event, parties can be left scratching around trying to find arguments elsewhere.  Shipowners, for example, may argue that the concealed drugs arose out of compliance with charterers’ orders to proceed to a particular port where the drugs were attached to the hull. As a result, they would argue that they are therefore entitled to be indemnified for compliance with such orders.  Alternatively, shipowners may try to argue that the charterers ordered the vessel to an unsafe port, albeit if the drugs were in fact found at that port, that would perhaps indicate safe port practice.

Charterers, on the other hand, may point to the owners’ seaworthiness obligations. If these are limited by the incorporation of the Hague/Hague-Visby Rules to the exercise of due diligence to make the ship seaworthy before and at the beginning of the voyage, that would make charterers’ case more difficult. For example, a covert operation by divers, perhaps at night, concealing drugs in or around the hull is not easily discoverable by the exercise of due diligence.  Charterers may also look to argue in this scenario that it is owners’ obligation to maintain the hull as well as point to the owners’ obligations to ensure the vessel’s compliance with both flag and port state laws and regulations.

If charterers can demonstrate that it was market practice, or would have been prudent, to arrange for underwater inspections and videotaping, or the welding shut of the sea chest, it may assist in any argument that the owner has failed to sufficiently maintain the hull or comply with their seaworthiness obligations. Constructing such an argument would however be challenging if the vessel had all her documentation in order and had complied with all local regulations or international standards.

Where there is no satisfactory express contractual provision enabling one party to pass on the losses incurred to another, losses may land where they fall.  Likewise, whether the vessel is to be considered on or off-hire during the period of delays will depend on the relevant off-hire clauses.

Where goods carried are perishable and there are delays caused by the finding of drugs on or attached to the ship, cargo claims can materialise.  These may be brought against owners either under the bills of lading or in bailment, or against the charterers if charterers’ bills of lading have been issued.  Either way, liability for any cargo damage will depend on the terms of the bills and, as above, issues as to whether the carrier exercised due diligence to make the ship seaworthy are likely to be relevant to the dispute.  Otherwise, the cargo claims are to be dealt with in the usual way with cargo interests put to proof on their claims and their losses.

Whether an owner or charterer can pass liability and the associated legal expenses, if any, for the cargo claims to the other will depend not only on the anti-drug clauses drafted into the charterparty (as discussed above) but also how these interact with any cargo indemnity, or claims handling, provisions set out elsewhere. A careful review of these clauses and how they interreact with each other will determine whether cargo claims can be passed up or down the contractual chain.

The implications of drug smuggling go far beyond the initial fines and criminal sanctions, and can have wide ranging commercial impacts under charterparties and bills of lading.  Given the prevalence of such activity at certain ports, and the increasingly novel ways in which drug traffickers are conducting their illegal activities using ships, it is recommended that shipowners and charterers ensure that clearly worded provisions are contained within their charterparties and, where appropriate, their standard terms, to ensure that disputes do not materialise from contractual ambiguities.  Whilst the insertion of the BIMCO U.S. Anti-Drug Abuse Act 1986 Clause for Time Charter Parties 2013 provides some guidance, a variation of this clause or a more bespoke clause may provide the contractual certainty required.

Ian Short is a director at Campbell Johnson Clark's London office. He specializes in commercial shipping and maritime disputes, covering the full range of P&I and defence work, marine insurance issues and disputes arising out of the sale/purchase and building of ships. Ian's practice also encompasses collisions and ship damage claims and he advises clients on international trade disputes. 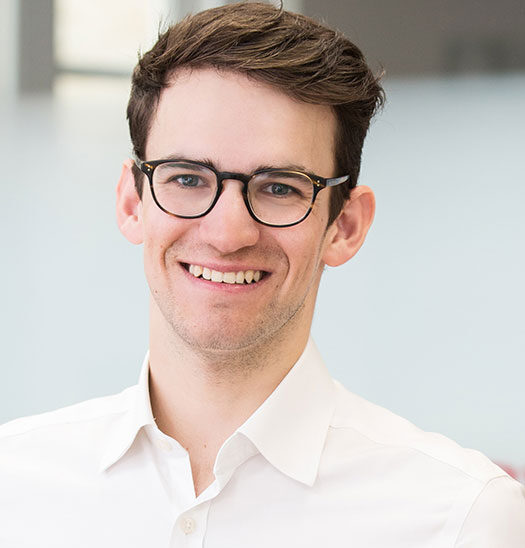 Sam Jones is a trainee solicitor in Campbell Johnson Clark's London office. He completed his LLB at the University of Southampton and undertook his Legal Practice Course at The University of Law.