DNV: Marine energy can provide many benefits to the Dutch power system 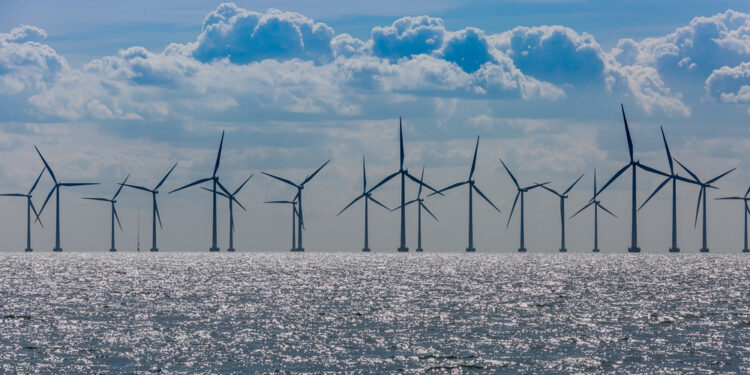 DNV released a paper, commissioned by the Dutch Marine Energy Centre (DMEC), providing an overview of the most promising marine energy technologies for the Dutch North Sea and highlights the potential benefits.

According to the report, marine energy has been gaining attention as a potential contributor to the diversification of the Dutch renewable portfolio and to sustainable energy generation in the North Sea.

In fact, in July 2021, three motions were submitted to the Dutch Parliament, requesting the government to invest in research and demonstrations of marine energy.

All three were accepted, indicating the willingness of a majority of the Dutch Parliament to further explore the development and deployment of marine energy in the Netherlands

The most common utility-scale renewable energy sources are wind and sun, and after many years of public funding, these technologies are today the cheapest sources of power generation in the Netherlands.

However, while the costs of these technologies are decreasing, “the problem of their varying nature remains, hence requiring the support of “firm” generation from high-carbon sources, such as gas and coal, or from batteries with limited storage capacity in comparison to overall system needs,” the paper notes.

Nevertheless, such technologies can provide many benefits, the most important of which are the following:

#1 Salinity plants can potentially operate continuously, at least for 8,000 full-load hours per year, hence providing CO2- free and renewable baseload power. The salt concentration difference between fresh and salt water is indeed a constant characteristic of locations where freshwater discharges into the sea. With an estimated technical potential of 6 TWh per year, salinity plants could supply up to 5% of the annual Dutch electricity consumption without emitting CO2.
#2 Tides are fully predictable phenomena, both on the long and the short term. They are consistently available and independent from weather variability. Tidal energy technologies represent a valuable option for portfolio optimization of renewable energy assets. Additionally, they are complementary sources to offshore wind and could provide balancing benefits for the electricity system.
#3 Waves show a (partly) complementary generation profile with offshore wind in the North Sea. Therefore, wave energy technologies could contribute to portfolio optimization of renewable energy assets. Based on recent calculations from the marine energy sector (see text box below), it would be possible to co-locate wave energy converters within the sea areas designated for offshore wind farms, potentially generating up to 2.6 TWh per year. #4 As both tides and waves show (partly) complementary generation profiles with offshore wind, their integration in the North Sea renewable energy mix could increase the renewable energy production capacity per square kilometer. Likewise, this can help wind farm owners in stabilizing their income as marine energy technologies can keep generating when the wind does not blow.
#5 Cable pooling with offshore wind farms can help to optimize the use of transmission infrastructure, resulting in significant cost savings potential for co-located projects.
#6 In future integrated offshore hubs, marine energy could also provide a more consistent source of electricity for electrolyzers, hence increasing their total number of full-load hours to generate hydrogen.

Taking the above into consideration, DNV concluded on specific recommendations, to hep further advance the uptake of marine energy. These are the following: