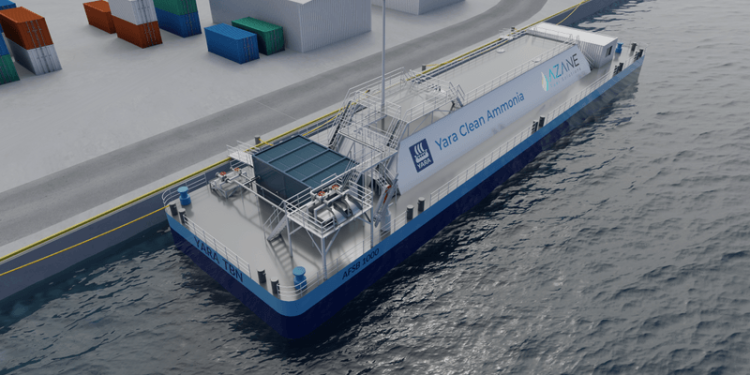 Azane Fuel Solutions received approval from DNV for its ammonia bunkering terminals, establishing the safety protocol for the bunkering of ammonia.

Azane sought third party approval to verify the safety of the floating bunkering solution. The approval  fits within the larger strategy for the company of forging a new safety protocol for ammonia bunkering in Northern Europe, with plans to expand safe ammonia bunkering globally.

The AIP is an important step in further verifying readiness for the commercialization of Azane’s ammonia bunkering terminals prior to commencing construction.

DNV’s AIP is an independent assessment of a concept within an agreed requirement framework, confirming the feasibility and soundness of a design with no obstacles that would prevent the concept from being realized.