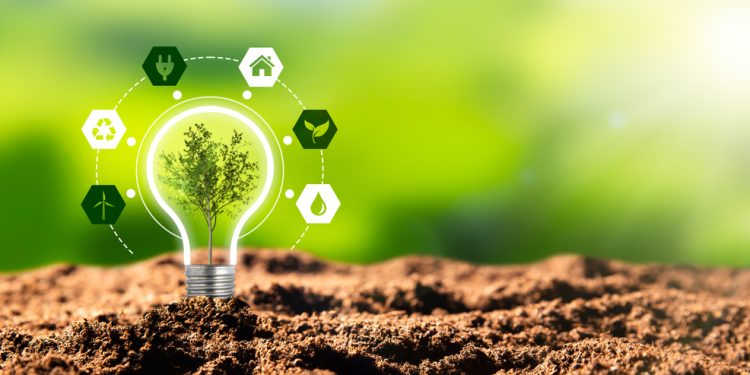 The heightened focus on energy security and the rising cost of energy is reinforcing the difference in decarbonization speed between Europe and the rest of the world, according to the sixth edition of DNV’s Energy Transition Outlook.

The ETO forecast has 22 GtCO2 of annual emissions in 2050. Taking those emission to zero is not enough. Even if the world managed to bend the emissions trend to intersect zero at 2050, the 1.5°C carbon budget would be exhausted by 2029.

That means to return to a 1.5°C trajectory by 2100, the cumulative emissions between 2030 and 2050 – an ‘overshoot’ of some 300 GtCO2 — need to be removed in the second half of this century. This involves a massive carbon capture and sequestration effort.

While the majority (65%) of global warming is associated with CO2, other greenhouse gases, including methane, also need to be controlled. This involves, for example, changes in agriculture or aerosol use.

We do not model this but have chosen instead to use the IPCC scenarios in line with ‘very low’ and ‘low’ non-CO2 greenhouse gas emissions estimates in our Pathway. The focus of our Pathway is on CO2 emissions associated with energy use

Reaching net zero requires both a deceleration of emitting sources (coal, oil and gas) and an acceleration of low- or zero-emission technologies far beyond the ETO forecast. In addition, a very large scaling up of both carbon capture and storage (CCS), direct air capture (DAC) and nature-based solutions will be needed to remove the overshoot of emissions accumulated before 2050. Up to 7 GtCO2 per year must be removed through to 2100.

The cost of transition

The roll-out of renewables and grid build-outs will require very large upfront investment. Some therefore consider the transition to be ‘unaffordable’. But the results of the report suggest the opposite.

Namely, the forecast shows energy costs remaining stable and the share of energy expenditures in global GDP declining – from 3.4% in 2021 to 2.1% by mid-century.

The energy transition thus involves a substantial green prize, paying dividends to society for generations to come, even before factoring in the avoidance of incalculable costs associated with climate damage.

The unit cost of energy will stay stable around 11-12 USD/GJ even with a fundamental reshuffling in energy expenditure by source. Between 2021 and 2050, fossil expenditure will reduce 40% in USD terms, non-fossil will triple, and grids will also almost triple.

However, while the transition is affordable globally, expenditures on the provision of energy are not market prices paid by the consumer, which include margins, taxes and/or subsidies – and upfront investments in end-use items like EVs and heat pumps.

According to the report, by 2050, the global power system will be 70% reliant on variable renewable energy sources (VRES). Coal and gas decline to 4% and 8% respectively of the power mix by 2050, when they are largely confined to providing flexibility and backup in a power system.

Specifically, until 2050, solar capacity increases 22-fold, wind capacity 9-fold, onshore wind 7-fold, and offshore wind 56-fold. Driving this are both plunging costs and a growing realization that VRES offer the cheapest and quickest route to both decarbonization and energy security.

Solar+storage cost is currently more than double that of solar PV without storage. Falling battery prices will narrow this gap to around 50% by mid-century.

Within a decade, about one fifth of all PV will be installed with dedicated storage, and by mid-century this rises to half. Global annual solar installations will reach some 550 GW per year of net capacity additions by 2040

High energy prices in 2022 have highlighted speed with which energy efficiency initiatives can significantly, and often permanently, ratchet down energy use and costs.

Removing inefficient and expensive energy practices is a defining feature of the energy transition over the next three decades and should be the top priority for individuals, companies, and governments focused on transitioning faster and on achieving energy security, ETO notes.

In addition, dapid electrification powered by renewables is the core driver of accelerating energy efficiency in the next three decades. The typical thermal efficiency for utility-scale electrical generators is some 30 to 40% for coal and oil-fired plants, and up to 60% for combined-cycle gas-fired plants.

In comparison, solar PV and wind generation are 100% efficient, and conversion losses as a percentage of input energy in power generation reduce from 51% in 2019 to 19% in 2050.