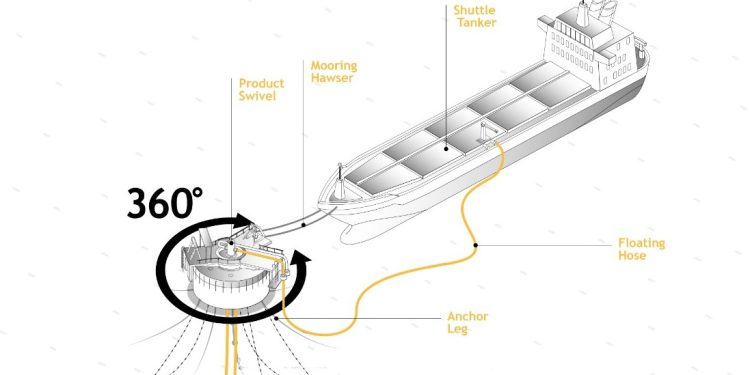 SBM Offshore and Imodco announce that the Imodco Ammonia CALM Terminal has been awarded an Approval in Principle (AiP) by DNV.

The approval was awarded to SBM Offshore and Imodco for the Imodco ammonia catenary anchor leg mooring (CALM) terminal.

The terminal is said to be an adaptation of existing CALM technology to meet the new requirements of ammonia.

What is more, the use of Imodco’s architecture of single-point mooring terminals will offer both infrastructure and cost and timesaving solutions for green ammonia production sites based in remote locations that require export terminals for the safe loading of ammonia carrier vessels on open seas.