Diversity in Maritime roundtable: Shipping must build trust amongst their diverse workforces 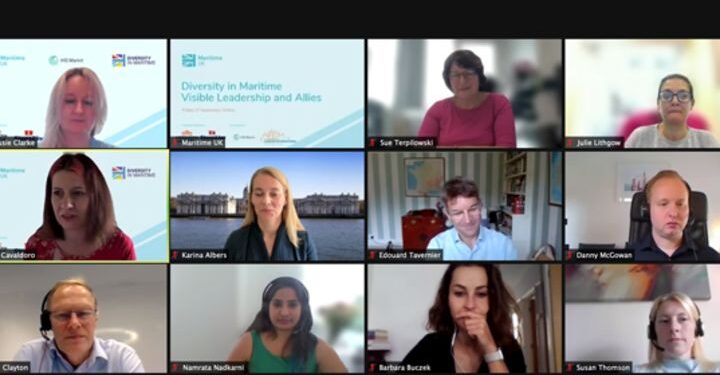 During the last day of the London International Shipping Week, a Diversity in Maritime roundtable focused on the key challenges for maritime leaders and allies who are attempting to increase diversity in the industry.

In fact, the panel was hosted by Maritime UK and chaired by the Union’s head of strategy and policy Debbie Cavaldoro who is co-chair of Diversity in Maritime. Also in attendance was the union’s international organiser Danny McGowan who is chair of Maritime UK’s Pride in Maritime Network.

The roundtable noted that there is a need for maritime organisations to make more serious attempts to allocate resources and invest, to ensure they hire, nurture and promote diverse talent – both younger and older.

The issue of positive discrimination was also debated, highlighting different views on how to ensure the best person for the job is employed and that diversity in hiring does not become a ‘tick box exercise’.

Views ranged from the need to ‘force’ maritime organisations to employ people from different backgrounds through legislation, to holding leadership accountable for change.

Julie Lithgow, vice chair of the Ethnicity in Maritime Network highlighted the continuing need for a level playing field: ‘Positive discrimination is already happening but women [for example] are not benefitting.

‘You cannot say you are a meritocracy if you are only recruiting from 40% of the population. We are not asking for extra, but pointing out we are existing in a very unfair place . If some have a headwind and others have a tailwind, then we are not going any further. ‘

Mr McGowan mentioned the need for organisations to build trust amongst their diverse workforces and service users when collecting data, so that  LGBT+ people and other diverse strands could feel free to identify themselves.

Susan Thomson, head of operations at BP Oil International said the industry needed regulation and ‘punchy targets’ in order to be held accountable on pay and childcare – key retention issues: ‘We as an industry can’t be trusted to keep us right. The fact that we have been discussing the need for sanitary bins on ships for 24 years proves that point.’

Mr Tavernier commented: ‘I don’t think we need a genie, we just need to make decisions and do the hard work.’