Dive in the deepest point in Med. Sea reveals impact of human contamination 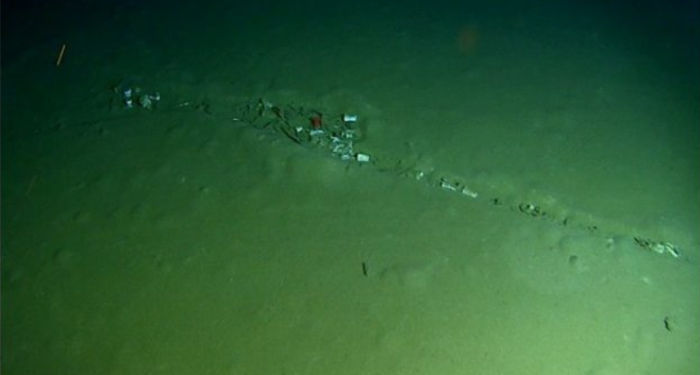 A line of debris seen at the bottom of the Calypso Deep / Credit: EYOS

The second phase of Caladan Oceanic’s 2020 deep-diving expeditions has been completed as the sub pilot and explorer Victor Vescovo and Prince Albert II of Monaco dived at the bottom of Calypso Deep. The dive also revealed that the human contamination has affected the deepest point in the Mediterranean sea.

Calypso Deep is the deepest point in the Mediterranean and was firstly visited 55 years ago. Now, on February 10, the team reached a newly calculated maximum depth for the Deep, using direct visitation and multiple modern sensors, of 5,109 meters +/- 1 meter. It was only the second manned visitation ever to the bottom of the Mediterranean Sea.

Victor Vescovo commented that at the bottom of the sea, he and His Serene Highness, Prince Albert II of Monaco, observed on the sea floor the evidence of human contamination including numerous plastic bags, beverage cans, and even what appeared to be a discarded hose.

In fact, plastic debris poses a great risk to marine life and the marine environment, as WWF’s recent study revealed that the maritime industry loses an estimated €235 million a year from marine plastic debris, while the fishing sector loses close to €138 million per year from plastic pollution.

The mission was conducted using the world’s only certified Triton 36000/2 model, which enabled the both the explorer and Prince Albert II two safely dive into the deepest point of the Mediterranean Sea.