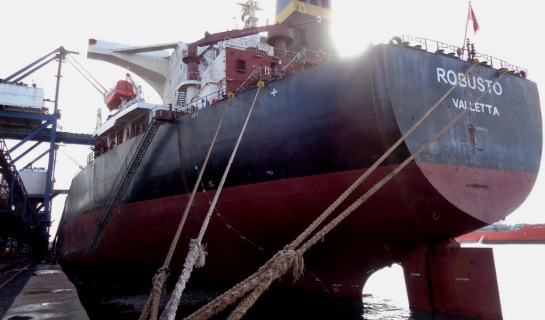 Deviation from the passage plan leads to grounding

About 15 minutes prior to the grounding, two pilots had boarded the vessel and proceeded to the bridge where the master, third mate and a helmsman were already in the wheelhouse.

The vessel was proceeding towards the entrance of El Dekheila Channel, following course alternations recommended by the pilot. The pilot’s orders were given directly to the helmsman. The safety investigation revealed that the course recommended by the pilot was different from the one prepared in the passage planning. Moreover, during the navigation of the Channel, the vessel was navigated close to shallow areas, leading to the vessel running aground and remaining stranded. Soundings and subsequent in-water inspections revealed no water ingress in any of the vessel’s double bottom tanks. No injuries were reported.

According to MSIU, the immediate cause of the grounding was the vessel’s deviation from the passage plan.

MSIU advises TMS Dry Ltd. to conduct a horizontal qualitative research on pilot/master relationship experiences on vessels under its management, analyse the findings, and disseminate the outcome across the fleet.

Further information may be found in the following report: