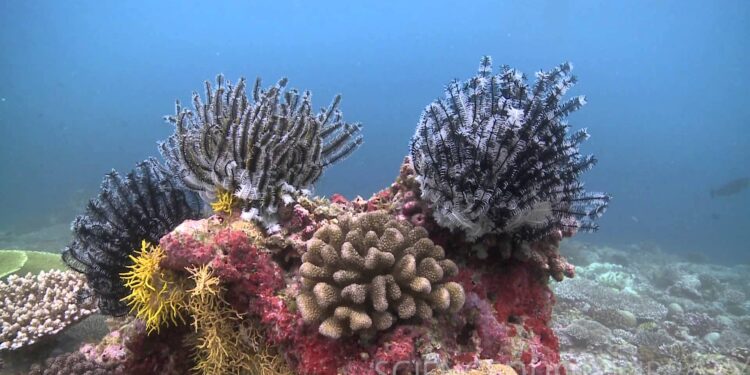 DeepGrean, a deep sea mining company, responded to Greenpeace’s report on deep sea mining and its harmful effects in the environment. The company although supports a part of the report, it cites some arguments regarding its point of view on the benefits arising from deep sea mining procedures.

Namely, in the early days of July, Greenpeace published the ‘In Deep Water: The emerging threat of deep sea mining‘ report, according to which deep sea mining is severe and potentially irreversible to environmental health, both at the mine sites and beyond. In the meantime, three partners recently launched the ‘Why the Rush?‘ report, highlighting that deep sea mining processes should slow down as the industry’s stakeholders are rushing to launch regulations to further proceed.

Regarding Greenpeace’s report, DeepGreen sees eye to eye with the recommendations to:

However, the mining company argued that deep-sea mining will not disrupt the ocean’s sequestration of carbon and make climate change worse. Specifically, in the Clarion-Clipperton Zone (CCZ) carbon is primarily stored in an organic form in ocean sediments and in the form of inorganic carbon dissolved in the water. The company added that there’s no pathway for releasing carbon from CCZ sediments. Nodule collection machines on the seabed will disturb and temporarily suspend these sediments (‘plumes’).  Although the company states that plumes will have negative impacts, release of stored carbon into the atmosphere is not one of them.

Moreover, according to DeepGrean, the report supports that plumes travel further and stay suspended longer than they likely will. Yet, the former argued that plumes are a major concern for nodule collection on the CCZ abyssal seabed. Thus, modifications to the harvesting vehicles may reduce the loading and size of plumes, but they will still bury or smother some organisms, clog feeding structures of filter feeders or suspension feeders, reduce visibility for visual feeders and potentially interfere with other processes. The company added that ‘The actual extent of plumes will depend on harvester configuration, depth of sediment disturbed, speed of operation, speed of water discharge and local current speed, among other factors.’

The report also notes that deep-sea mining will cause irrevocable loss to marine biodiversity. The company noted that deep sea mining will harm deep-sea organisms, and particularly sessile organisms living obligately on nodules, and directly or indirectly by plumes. In the meantime, population sizes and species distributions will be affected, and some for a long period.  If the CCZ seabed remains undisturbed after nodule collection ends, and if APEIs and other set-asides perform as intended, biodiversity will have an unlimited timescale for gradual recovery toward its pre-mining state. But there are no guarantees here either.

Yet, over the next 30-50 years, a world without mining is not an option. The questions we need to be asking are: how do we produce the metals we need with the least amount of climate change impact and the least amount of biodiversity loss? How do we best mitigate the impacts we will inadvertently cause? We need both, mining and biodiversity conservation—ideally, working together to define the best pathway forward.

DeepGrean states that the change towards a renewable, emission free economy needs a massive net new injection of metals.