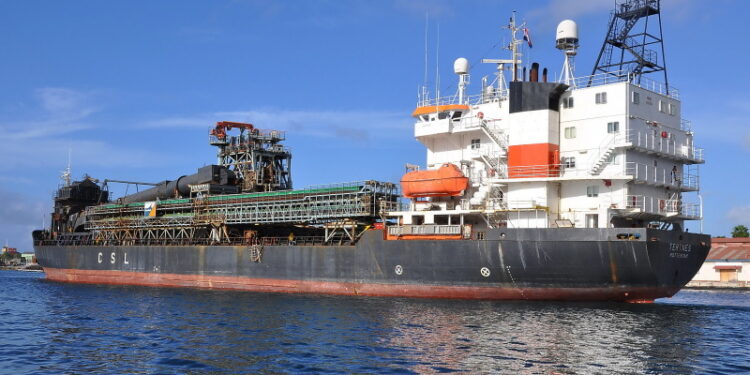 The Captain of the self-discharging bulk carrier TERTNES died onboard while the vessel was underway from Gulen, Norway to Port of Dover, UK. A post mortem examination determined the Captain was positive of COVID-19.

According to local media reports, the crew asked Norway’s Main Rescue Center for medical assistance, while northwest of Stavanger, Norway, on 24 February. A helicopter with two medics was transferred onboard in response, but the Captain died.

The ship was then diverted to Stavanger, where it arrived on 25 February. A post mortem examination found that the deceased Captain was positive for COVID-19 virus, but it is yet unclear if this was the cause of death, Norwegian health authorities said.

All 18 Filipino crew were tested twice after arrival, and seven of them tested positive. All are in good health without symptoms. All crew are isolated onboard. The two medics, pilots who boarded the ship are also in quarantine.