Day of the Seafarer 2020: A call to action for crew changes 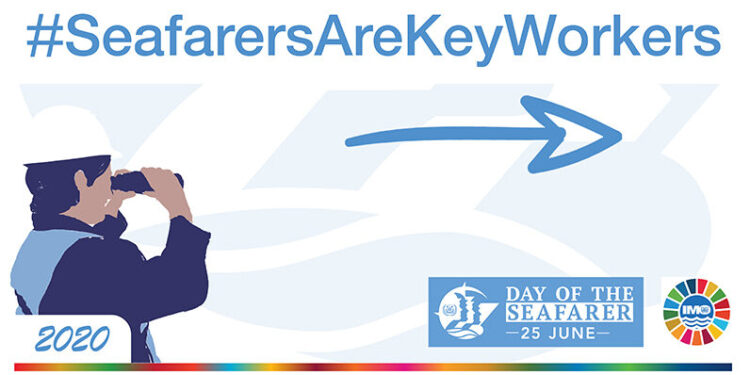 This year, the shipping industry celebrates the Day of the Seafarer under different circumstances; the COVID-19 crisis left thousands of sea workers stranded at sea due to travel restrictions, reiterating the importance to secure rights of our seafarers, who continue their vital contribution to the world’s economy despite the challenges. As such, the 2020 Day of the Seafarer pays tribute to unsung heroes of the COVID-19 pandemic.

Organised by IMO, this year’s campaign, which marks the 10th celebration of the Day of the seafarer, calls on governments to take action and formally recognise seafarers as key workers and to provide them with support and travel options during the pandemic.

This call came as travel restrictions have left hundreds of thousands of seafarers stranded at sea, unsure when they will be able to return home. Many are fatigued and weary because their time at sea has been extended for months beyond the maximum stipulated in international conventions.

Just like other key workers, seafarers are on the front line in this global fight. They deserve our thanks. But they also need – and deserve – quick and decisive humanitarian action from governments everywhere, not just during the pandemic, but at all times,

This call was also echoed by UN Secretary-General António Guterres who thanked seafarers everywhere for their work, and urged all countries in the world to honour seafarers by recognizing them as key workers and providing the necessary travel assistance to ensure safe crew changeovers and repatriations.

About the Day of the Seafarer

The Day of the Seafarer is celebrated every year on 25 June. The day celebrates and recognizes the unique contribution made by seafarers from all over the world to international seaborne trade, the world economy and civil society.

This hashtag can be used by anyone engaging in the campaign to pay tribute to seafarers and thank them for their important role in these unprecedented  times.

Action by other organizations on the Day of the Seafarer 2020

On the occasion of the Day and affected by the unprecedented situation brought by the pandemic, several other groups and organizations announced their support to the world’s seafarers through calls and initiatives:

INTERCARGO estimates that 30% of all seafarers on cargo ships are still serving on ships even after completing their Seafarer Employment Agreement (SEA), and at least 5% of all seafarers have been on board for over 12 months in breach of the Maritime Labour Convention (MLC).

The association urged the leaders of maritime nations to ensure that, after 30 June 2020 no cargo ship will sail with seafarers onboard who have served more than their initial SEA contract period. These key workers should be free to:

-Satellite communications provider Inmarsat has extended its discount for crew voice calling services available for up to 40,000 ships for another month until the end of July.

We will also continue to work with crew healthcare specialist Vikand and software platform provider FrontM to provide a free COVID-19 video call service with a trained health professional until the end of July. 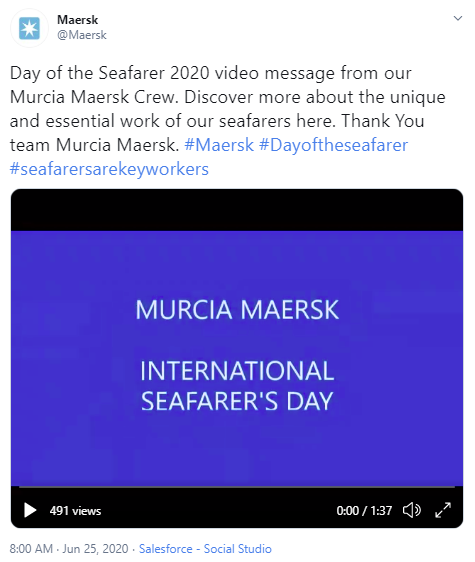 -The UK government said it is ready to work with other governments to ensure safe crew changes can take place “and the world’s trade can continue to flow”.

-The Mission to Seafarers Secretary General sent his video message of thanks to seafarers and a plea to governments: 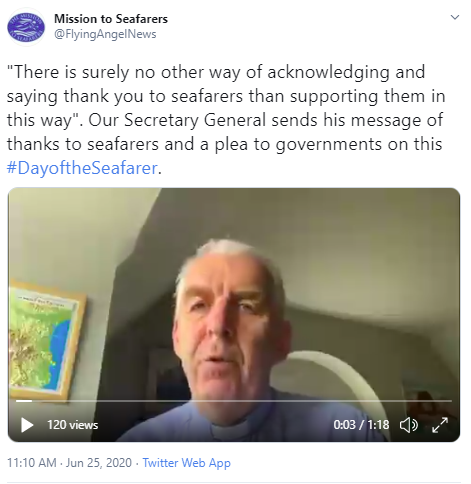 -On their part, the ITF, who has repeatedly called governments to end to this challenging situation, announced it would not celebrate the Day of the Seafarer, stressing that “the crew change crisis is a humanitarian disaster”:

We cannot when more than 200,000 seafarers are being denied their human right to stop working, return home & be relieved by fresh crew. We cannot until governments act.

Find more initiatives on the Day of the Seafarer here.