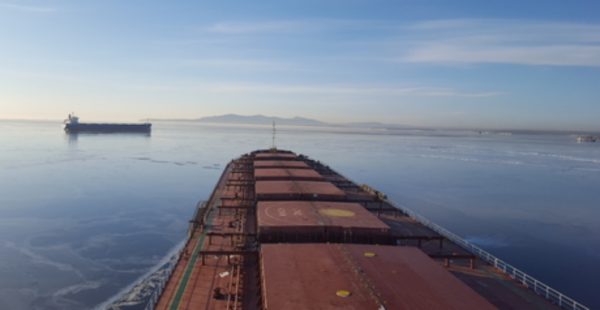 In the context of Danish shipping companies’ participation in the state visit to Ghana from 23 to 25 of November, Danish Shipping released an announcement, stating that the threat of piracy exceeds the positive growth of Western Africa economies.

Danish shipping companies are directly affected by the piracy attacks in West Africa, as 10% of the total Danish exports are to Africa.

Although Western Africa economies are growing, like Ghana, piracy attacks still represent a major problem for the countries around the Gulf of Guinea.

Thus, it is important for West African countries to be able to protect their waters, including their offshore oil installations.

“The Guinea Bay is an economic life-nerve for the West and Central African countries. Therefore, it is important that we improve the safety of the bay. It is largely also in our own interest because a large part of West Africa’s trade is transported on Danish ships. Combating piracy, economic development and Danish interests is closely linked. Therefore, Denmark has a wide commitment, where we support the strengthening of the regional maritime security structure, including in Ghana, educates local marine units in dealing with pirates and has issued a maritime military adviser to the region, “said Foreign Minister Anders Samuelsen.

Namely, as far as maritime safety is concerned, Ghana is one of the leading countries in West Africa.

The West African country, is one of the most proactive countries. Therefore there is hope that Ghana can continue the positive development and remain a model for the region, Flemming Dahl Jensen, Company Security Officer at Dampskibsselskabet NORDEN, commented.

Safety at sea is crucial in the country’s growth, and therefore, Danish shipping companies which participated in the visit to Ghana consider it crucial that special attention must be given to the problem.

“It is important sufficient capacity to be built to combat piracy and other maritime crime. Denmark has, as a major maritime nation, undertaken an important task of helping with capacity building, training and education. The effort, we hope, will continue in the future, ” Anne H. Steffensen, CEO of Danske Rederier, concludes.

According to an IMB report, so far in 2017, a total of 20 reports against all vessel types were received for Nigeria, 16 of which occurred off the coast of Brass, Bonny and Bayelsa.

Guns were reportedly used in 18 of the incidents and vessels were underway in 17 of 20 reports.

39 of the 49 crewmembers kidnapped globally occurred off Nigerian waters in seven separate incidents. Other crew kidnappings in 2017 have been reported 60 nautical miles off the coast of Nigeria.