Danish frigate to join anti-piracy efforts in Gulf of Guinea 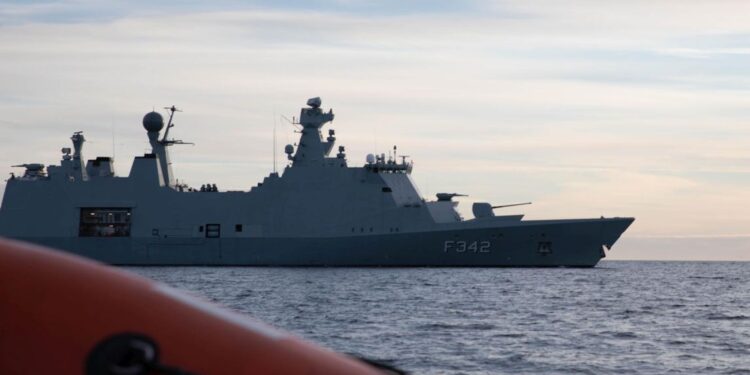 On Sunday 24 October, the Danish frigate Esbern Snare left the Naval Base Frederikshavn and set course for the Gulf of Guinea off West Africa.

The frigate will contribute to the international fight against piracy in the area from the beginning of November and approximately six months ahead.

stated Commander Lars Povl Jensen, who is in charge of the frigate.

In addition to the frigate and its permanent crew, the navy assets will also include a Seahawk helicopter, military police personnel, and a detachment of naval special forces. It will also include an expanded medical team. The deployed personnel will comprise up to approx 175 people.

I expect that we will come down to a task that is very similar to the one we solved off the east coast of Africa. But we also expect that there will be differences. There will be a different navigational pattern, for example,  where vessels do not sail along fixed routes, and there are littoral countries with coastguards that we can cooperate with but also have to accommodate

Mr. Jensen explains, adding that the visible presence of the Esbern Snare in the area will be a deterrent for  pirates.

The frigate will also try to actively locate pirates and it will intervene if possible if pirate attacks occur. With its helicopter, the Esbern Snare will have a wide operational range, and the Danish navy assets will therefore be able to interfere in a large area around the frigate.

Denmark will also support anti-piracy operations in the Gulf of Guinea through contributions to capacity building in the littoral states.

Soldiers from the naval special forces will train their counterparts from the Ghana Special Boat Service, and Denmark will provide military advice to a maritime coordination center in Ghana.

Finally, Denmark will support the establishment of forums for cooperation between relevant actors in the area.