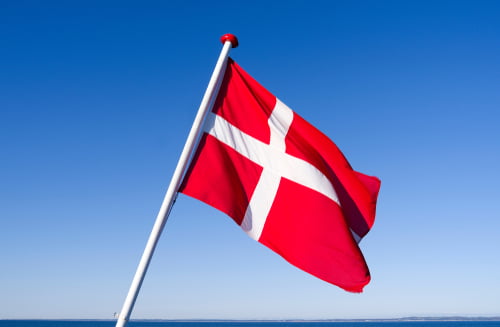 As a result of the progress made, Denmark moves up one place on the list of the flag states.

A count conducted by Danish Shipping shortly before the new Year shows that right now there are 779 ships under Danish flag. That is 15 more than at the same time last year, and an increase of 2.6%.

When looking at the tonnage, it has increased from 22.34 million GT to 23.24 million GT which equates an increase of 4 percent.

This year’s progress in number of ships flying the Danish flag means that Denmark as a flag state now holds the 11th place in the world fleet when measured on gross tonnage.

The shipping company TORM has been busy buying new Danish flags to their ships. 16 of the black and orange TORM ships have been registered under the Danish flag during the year.

We consider pros and cons every time we register a ship. And our conclusion is that the Danish flag, Dannebrog can compete with other flags and therefore it’s attractive to us. When we choose flag, we look at the financial and operational conditions and it also matters that we strengthen Denmark’s position as shipping nation in an international context when future framework conditions are to be negotiated.

Adherence to the flag can be an important factor when, for example, global framework for shipping is to be negotiated in UN’s maritime organization, IMO. A strong flag state undeniably has a stronger voice in negotiations.

“I never get tired of repeating the news that the Danish flag has progressed, and that’s also the case this year. The Danish flag signals quality and decent conditions, and since 2000 both the number of ships and tonnage flying the Danish flag have increased year by year,” says Anne H. Steffensen, CEO of Danish Shipping.

“In our strategy, our stated goal has been that the Danish fleet should grow by ten percent in both number of ships and gross tonnage within the strategy period. By New Year, the strategy period comes to an end and the goals have been more than achieved as the number of ships flying the Danish flag has increased by 14 percent and the tonnage by 43 percent,” says Anne H. Steffensen.