by Peregrine Storrs- Fox
in Opinions 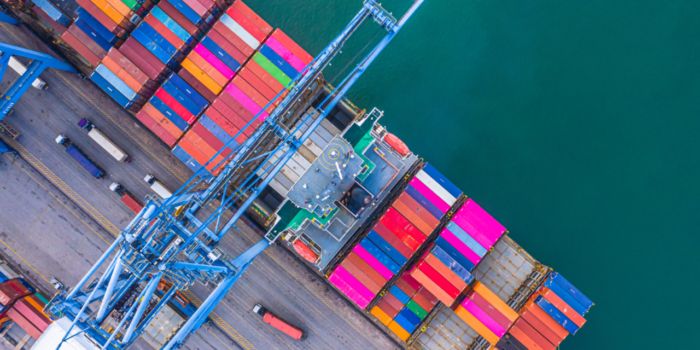 TT Club’s Peregrine Storrs-Fox reviews aspects of the on-going campaign to improve safety conditions in the supply chain and, in particular the role played by mistreatment of dangerous goods.

While the series of catastrophic containership fires experienced during 2019 has, happily, not been repeated this year, there is no room for complacency. The incidence of lesser fires and emergencies persists.

The May 2021 fire and subsequent sinking of ‘Xpress Pearl’ provides adequate reminder of the complexities involved in the transport of dangerous goods (DG). Action taken at the end of July in strikingly similar circumstances averted ‘Seaspan Lahore’ becoming another casualty. Earlier in July, an explosion and fire occurred on board ‘Ocean Trader’ whilst berthed at Jebel Ali. All these ships were of modest or even small TEU capacities, but the incidents supremely display the TT-coined term of ‘adjacency risk’ – being the hazard that may be presented by even one cargo or package, within one container whilst amongst a stack of units, whether on board a ship or in a terminal yard.

Container carriers have continued strenuous efforts in screening cargo bookings, benefitting from the pioneering work by Hapag-Lloyd with its Cargo Patrol tool. While developments across the industry have proliferated, including the launch last year of both ZimGuard and Hazcheck Detect, it is likely that the most exciting advances are just around the corner, particularly embracing machine learning methodologies.

Many existing screening tools are built around keyword searches, which are effective for known or emerging synonyms; machine learning can not only improve the depth of historical understanding, but also plug in the plethora of public source trade data and private commercial data. It is recognised that mistakes will be made in the complex arena of DG compliance, but it is particularly good news to see strengthening defences against those shippers relying on half-truths and, more so, those who are full-on criminal fraudsters.

Of course, the value of effective screening is really only as good as the follow-through. This might ideally include enforcement within the state where the criminal shipper is based, although such hopes have hitherto been largely forlorn. Twinning screening alerts with targeted inspections has, however, proven effective and has the potential to lead to an improvement cycle whereby safety practices are embraced and adopted to the benefit of all involved. Remember, though, that the hardened wrong-doer will always seek the weakest link and the freight will still move – with the constant risk from sharing arrangements that it will fall back on the carrier who first called it out.

From a regulatory perspective, states are urged by the International Maritime Organization (IMO) to carry out inspections in accordance with the guidelines set out in MSC.1/Circ.1442. However, reporting over the last two calendar years has regrettably decreased, both in terms of the number of states apparently engaged and also the absolute number of units inspected. As a consequence, the sample size is currently less than 0.025% of laden container movements. Despite this the reported findings evidence persistent and serious levels of concern relating specifically to DG (such as placarding) and to general cargo integrity (such as packing and securing).

Unless and until there is a commitment globally to inspect shipments, in a statistically viable manner, in advance of an incident occurring, the IMO, member States and the industry will continue to be denied a critical insight that could enable action to be taken to protect crews, shipping and the environment.

Apart from screening, there are numerous innovations in varying degrees of development and deployment that could assist the industry in preventing avoidable incidents, some being targeted at early detection or response on board ship, others monitoring conditions throughout the supply chain or seeking to enhance cargo protection where required. While inherently involved in ship-board innovations, TT is especially interested in land-side operations, resulting in its promotion of the CTU Code via the Quick Guide publication.

In the context of DG, adoption of ‘smart’ containers, with capability to monitor and communicate against specific parameters, clearly could be compelling. Additional packaging or linings are able to be installed that mitigate significant temperature or moisture fluctuations; these should be included in risk assessments for cargoes known to be sensitive, whether to deterioration or decomposition. Furthermore, heat sensing technologies could potentially be deployed, for example in terminal handling areas, to identify units varying significantly from ambient conditions.

Transport of DG ultimately falls within the remit of a detailed regulatory environment, each mode derived from the overarching UN Model Regulations. While the specific regulations for each mode require adherence, particular focus is required in the intermodal supply chain on that applying for carriage by sea – the International Maritime Dangerous Goods (IMDG) Code. The TT/UKP&I ‘Book it right and pack it tight’ guide provides an overview of the key practical duties under the IMDG Code for all stakeholders.

A key control aspect of the IMDG Code environment is that shore-side training is mandatory. TT continues to urge all entities to seek assurance on compliance with this from counterparties as part of effective due diligence. While recognising that many organisations provide appropriate DG training, TT continues to sponsor and promote that Exis Technologies’ IMDG Code e-learning, which has been fully updated to Amendment 40-20 and meets the mandatory training requirements in Chapter 1.3 of the IMDG Code.

Peregrine read Law at Southampton University, specialising in the law of carriage and international trade. He has been with the TT Club since 1984, initially handling claims and providing advice to all types of operator in the transport and logistics supply chain, culminating in directing claims operations worldwide for TT. Since 2002, Peregrine has led the TT’s loss prevention services, actively engaging in many industry issues. This has included the development of the CTU Code and the passage of the container loss debate at IMO leading to the revision to SOLAS requiring verified gross mass. Peregrine enjoys collaborating with diverse interest groups in order to seek out optimal ways of working safely, securely and efficiently throughout the global supply chain. As a result, he has developed strong links with like-minded trade organisations and NGOs with a view to promote good practice amongst all stakeholders. Peregrine has led TT’s sustained campaigns dedicated to issues such as: inaccurate gross mass (VGM) information; poor packing of cargo transport units; and misdeclaration of Dangerous Goods. He currently leads TT’s participation in the Cargo Integrity Group, urging all actors to commit to improving safety and security standards in all aspects of cargo packing, including load distribution, cargo securing, classification and declaration, and effective data transfer through the intermodal supply chain worldwide.