Cyprus greenlights the new development plan and also grants an exploitation license for the Aphrodite offshore gas field to a Noble Energy-led consortium, adding that first gas is expected to begin flowing in 2025.

Specifically, Noble energy offshore Cyprus was the company that firstly made the gas discovery in 2011, located about 170 kilometers south of Limassol, and was declared commercial in 2015.

Noble Energy operates the offshore Block 12, which includes the Aphrodite discovery with a 35 percent stake, in which Shell owns 35%, and Delek owns 30%.

Thus, Delek stated that they were provided with exploitation license and the Cypriot government approved the development and production plan for the Aphrodite field.

The cost, according to estimations, for the development without the cost of construction of the pipelines to the target markets, is estimated at around $2.5-3.5 billion.

The development plan includes the deployment of a newbuild floating production facility at the Aphrodite reservoir, with an estimated production capacity reaching the 800 MMCF per day maximum, with the produced natural gas being exported to the Egyptian market. 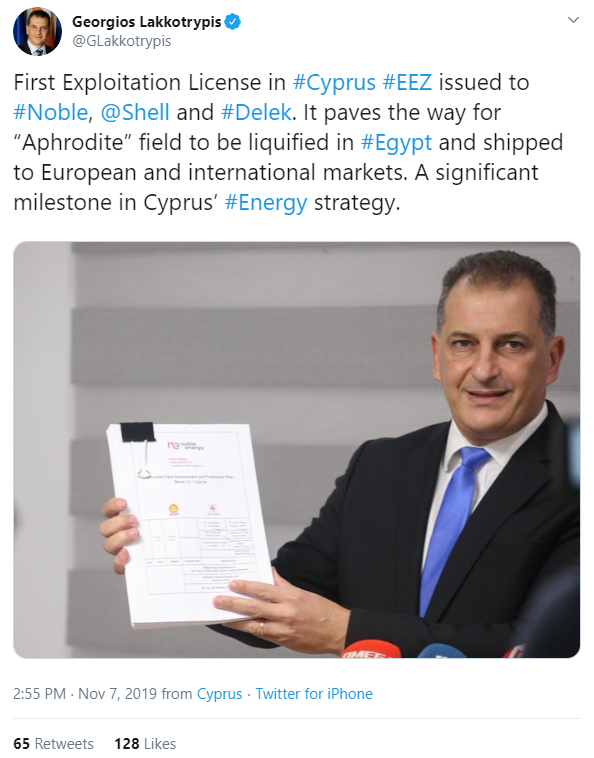