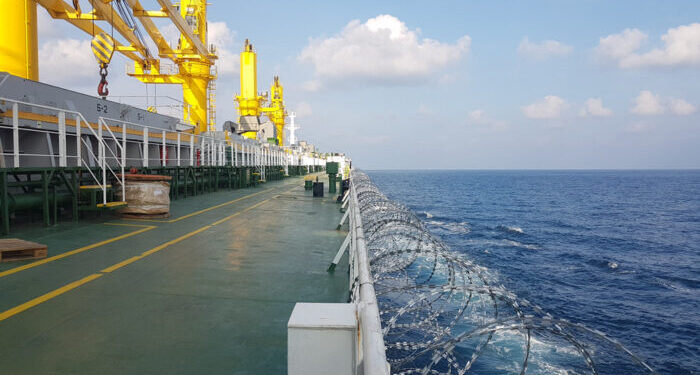 Following the piracy incidents in the Gulf of Guinea, the Cyprus Shipping Chamber (CSC) expressed its concern at the the ineffectiveness of the international community to address the continuing piracy crisis.

Piracy and armed robbery remains an unsolved problem in the Gulf of Guinea, with the Chamber commenting that “we have seen severe criminality in the region putting at risk the safety and security of seafarers.”

Recently, Stable Seas issued a report revealing that the failure of governments to incorporate the needs of the coastal communities can undermine the peace and stability of the state, as illustrated by the situations in the Niger Delta in Nigeria and Cabinda, Angola.

They added that there is an increased concern that the international community is not looking for ways to eliminate piracy in the region, highlighting that they industry is treating the current attacks as “somehow tolerable.”

In effect, pirates are being given a message that their criminal activity carries very few risks in comparison to the millions of dollars that can be made from extorting ransom payments.

The Chamber proposes Governments to find a long-term solution to the crisis, calling also local governments in the Gulf of Guinea to take more effective actions to eliminate this intolerable situation, with additional steps to be taken now, and not later.

We cannot continue to allow crews to be taken hostage, a situation which is simply unacceptable.

Concluding, the Chamber calls on the Cyprus Government to take appropriate initiatives at both the United Nations and the European Union to draw on all available resources to address the problem. Every effort must be exercised to eliminate this unacceptable behavior and protect our crews.