by The Editorial Team
in Energy Efficiency, Technology 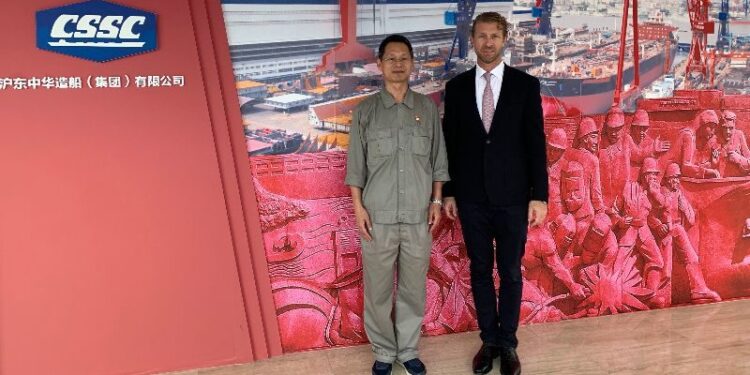 The Silverstream System will seek to increase operational and fuel efficiencies, reducing fuel costs and emissions by between 6% and 8% for laden and ballast conditions.

The MoU represents a landmark for Silverstream, as it is the company’s first LNG class newbuild project.

It also represents both the Asian market’s growing interest in air lubrication systems, and its wider demand for greater efficiencies and sustainability in newbuild orders.

The signing of the MoU marks 12 months of in-depth collaboration between the two organisations, which culminated in the approval of Silverstream’s technology onto Hudong-Zhonghua’s LNG carrier newbuild designs.

In working closely with Silverstream over the past 12 months, we have seen the real attributes of air lubrication technology and the Silverstream System, and it was clear that incorporating it into the designs for our newbuild LNG vessels, in conjunction with other measures, would deliver optimum performance,

The cooperation comes as the UK Government’s Department for International Trade has focused on developing the strong relationship between the UK and Asia, in terms of maritime innovation.

To date, China State Shipbuilding Corporation (CSSC) is the leading manufacturer of LNG carriers in China, with a capacity for six to eight vessels in its yard.