Crude oil to be unloaded from tanker after explosion in Thailand 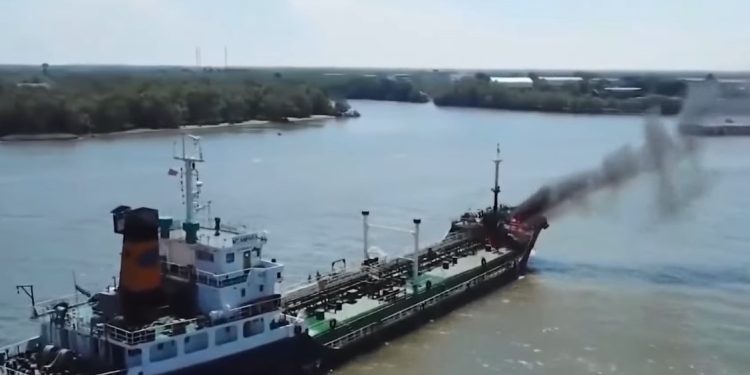 Officials are planning to unload cargo (crude oil) from the Ampar 8 ship, after the product tanker exploded on March 27, while mooring at the Bangchak depot the Chao Praya river.

As previously reported, on March 27, a product tanker in Thailand exploded. At the time of the incident, the ship was carrying 3,000 tons of oil, and as a result a seafarer died and another three crew were injured.

As mentioned, the authorities are starting implementing some plans to unload the ship. They are also urging the operators of ships passing through the area to be really careful. Until the situation is resolved, the use of the ship is prohibited.

As for the progress in the loading and unloading of oil, Ayutthaya Development Leasing Company Limited has hired Grace Ocean Marine Company Limited to carry out cargo handling operations.

Two tug boats are being prepared in the area in order to help in case of emergency. These boats (Sri Somboon 5 and Sri Somboon 11) will encircle a 300-meter boom around the oil transfer point to prevent oil spills and then bring the cargo ship that will be used to unload the oil.