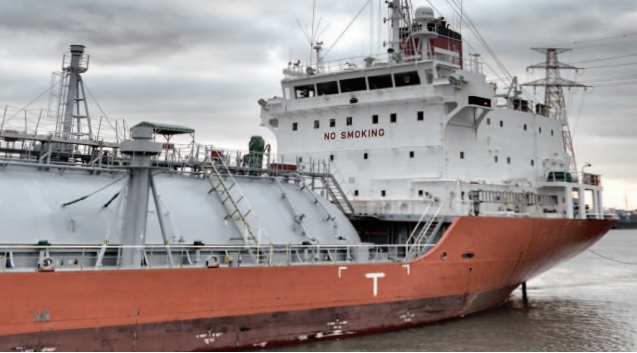 Crew training is vital on board gas carriers

The Britannia P&I Club published its "Risk Watch" report, for April, where it provides advice and information on several issues challenging the maritime sector.  In the specific category of cargo loading, the report offers a cautionary tale on the appropriate training of the crew, when they are on board gas carriers.

Specifically, the Club explains that, with recent design and technology advances, a new generation of gas carrier is being built that is capable of
carrying segregated cargoes of gases which may each require different cooling specifications.Training in these cargo handling systems is essential to ensure that crews, even very competent ones, are fully familiar with their operation and procedures for maintaining full segregation and avoiding cross contamination of cargo, including the cargo heels.

A recent case handled by the Club involved various parcels of cargo carried over three voyages. The first voyage was a full cargo of ethylene,which was loaded and discharged without incident. The second voyage was an LPG mix of butane and propane, which were carried separately and were also loaded and discharged without incident. A heel of ethylene,taken from the first cargo, had been retained in a deck tank for the purposes of gassing up and cooling the tanks prior to loading a cargo of ethylene for the third voyage.

On the second voyage, the LPG cargo was loaded into tanks which already contained ethylene vapour, as the voyage orders contemplated that the tanks would not require further conditioning for this LPG cargo. However, the ethylene heel in the deck tank had to be segregated.

The LPG cargoes had to be mixed on board prior to discharge. During the voyage to the discharge port for this LPG voyage, the port and starboard cargo and refrigeration compressors were segregated from each other. The starboard system was set to run to cool and reduce pressure in the deck tank and the port cargo compressor system was used to condition the cargo of LPG.

After discharge of the LPG cargo, and on passage to the third load port, the ship gasfreed all cargo tanks to breathable air for visual inspection, purged all the cargo tanks and the cargo system with nitrogen and then gassed up and cooled with the ethylene heel from the deck tank. At this point,the ship had made common the refrigeration and compressor systems across all tanks. A full cargo of ethylene was then loaded for the third voyage.

Samples taken prior to discharge of this ethylene cargo showed it to be contaminated with hydrocarbons and further testing and investigation confirmed that the contaminants were butane and propane in the same proportions as the mix of cargo from the second voyage. This contamination was also confirmed to exist in the deck tank.

Several simulations were planned and then carried out on board. The conclusion was that there had been insufficient segregation between the compressor and refrigeration systems used for the deck tank and the systems used for the LPG cargo. Analysis of system data identified crossover readings on the condensate return lines between the two systems, which were supposed to be physically segregated. This indicated that the two systems were not completely segregated as they should have been, although the responsible officers had believed that the system was sufficiently segregated by design.

The investigation identified two distinct points where the physical segregation was not complete,with one point identified by the ship and the other only discovered by a professional investigation team. During the investigation, the operator identified various problems and issues on board which, although not exclusively the root cause of this loss, can be shared to provide guidance to others: