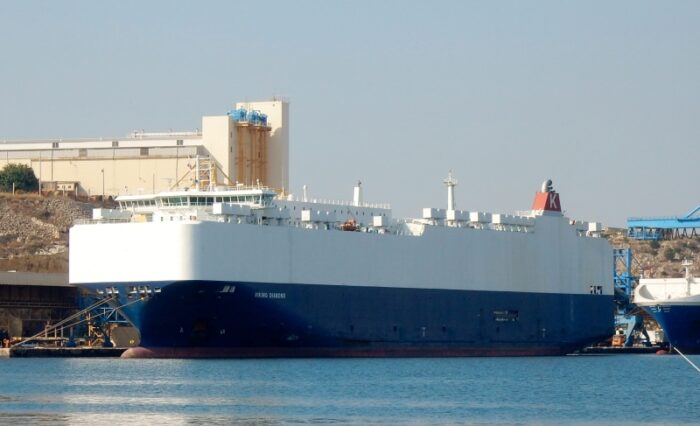 The crew members of the car carrier Viking Diamond, that was docked in the port of Casablanca, found several intruders onboard. The crew managed to defended themselves and their ship until the Moroccan police arrived.

The Singapore registered car carrier Viking Diamond arrived in Casablanca on January 1st. According to information, the shio was offloading cars in Casablanca when burglars were discovered onboard.

Upon finding the intruders, which were carrying knives and clubs. The crew aboard the car carrier successfully detained some of the burglars until police arrived.

However, reports note that some of the intruders managed to escape.

The car carrier crew is uninjured, while the ship has now left Casablanca.