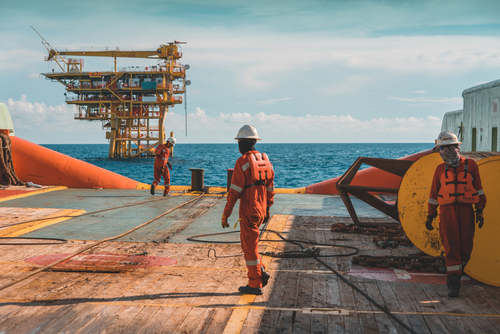 On 6 October, the Bulgarian National Television reported that the crew evacuation on the Vera Su, the cargo vessel that was stranded on northern Black Sea, Bulgaria, had started.

Because of harsh weather, the crew on board was evacuated using a system of ropes and pulleys. Prosecutors are also investigating the incident in which the Panamanian-flagged and Turkish-owned ship was stranded near the Kamen Bryag shoreline.

The Bulgarian National Radio reported that the European Maritime Safety Agency would send three barges to Varna seaport on 6 October. Before beginning to remove the fertilizer on board the vessel, the workers would await for better weather.

The vessel was in stable condition, while the operation to rescue sailors from Vera Su lasted about an hour. The captain was the last seafarer to leave the vessel.

The sailors have passed health control and will not be quarantined as they were in isolation on board for quite a long time.