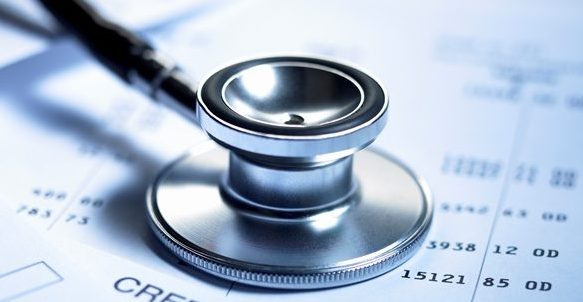 David Nichol, Senior Loss Prevention Executive, Thomas Miller Hellas, talked about important issues related to crew mental health at the 2017 SAFETY4SEA Conference. Mr. Nichol said that a broad range of factors, including anxiety, social isolation, pressure of work and disturbed sleep, can negatively influence the mental health of seafarers. Crew fitness evaluations have previously given emphasis to physical health and it is only relatively recently that due attention is being given to the mental wellbeing of seafarers. Therefore, the UK P&I Club places a high priority on the matter by raising awareness to the problem and in providing support and advice to its members.

Although  there has been much talk of unmanned vessels lately, it is fair to say that ships will require to be crewed for some time into the foreseeable future and the human element in shipping remains vitally important. The majority of accidents occurring at sea are attributable to ‘human error’, which disguises a variety of underlying problems such as poor mental health, fatigue and stress.

There are many perceptions and misconceptions regarding mental health. For example, people with poor mental health are sometimes perceived as being objects of ridicule or weak minded,  especially in the male dominated environment onboard ships where a ‘macho’ culture can still persist. In reality, people onboard with poor mental health tend to suffer in silence, which only exacerbates the problem.

According to a global study, conducted by WHO in 2014, almost 1 million people die due to suicide every year. It is quite shocking that suicide is the second leading cause of death among 15-29 year olds. 75% of global suicides are recorded in low and middle income countries, from which the majority of seafarers are sourced.

The UK Club’s statistics during a period between 2006-2017, revealed 355 cases in which mental health issues were involved, including 77 cases of suicide. Other worrying trends were identified:

Social isolation at sea can contribute to mental health problems. Of course, seaman do voluntarily take themselves away from the things that most people hold dear, and the matter can only be exacerbated by the progressive reduction in crew numbers over the years. In the 1970s, there were almost 40 crew members on a large bulk carrier, now about half that number may man a comparably sized vessel. This is a huge difference which of course reduces the prospect for social interaction on board. Furthermore,  recreational facilities on board are often found to be inadequate, creating a sterile and uninviting social environment. Faster vessel  turnarounds are also reducing the opportunities for  quality periods of shore leave.

Language barriers on board vessels with mixed nationalities may mean that crew members do not get the opportunity to speak in their own mother tongue, which introduces an element of stress. We are also progressively seeing crew obtaining greater access to Internet services and social media on board which has to be very carefully managed so that we don’t see crew members being isolated in their cabins, obsessing with social media and interfering with periods of rest. Another contributing factor is anxiety and depression due to separation from family and friends. Coping with responsibilities of work, increasing regulation and expectations, the stress involved with a possible lack of confidence in other shipmates also affect crew. Harassment abuse and bullying is another serious matter both ashore and onboard, but the defining thing about a ship is that there is no refuge from bullying. Long or irregular hours are associated with fatigue symptoms despite STCW and MLC requirements. The threat of piracy and the increasing criminalization of seafarers should also not be underestimated. Finally, divorce or relationship breakdown, financial worries, family problems and health worries can increase stress or anxiety in seafarers. Even minor complaints can be amplified in their own minds and create a stressful situation due to the fact that they are remote from medical professional help.

There are a number of things that can be done to improve the situation. First, raise awareness to mental health issues and educate ship and shore staff on recognizing the signs of mental distress. Provide a communication channel so that  problems can be discussed openly without ridicule. In this respect, ship managers may identify mental health professionals to provide assistance. Provision of adequate communal space and activities are also important for the encouragement of on board social life. However, in order to have a harmonious environment onboard, a careful consideration of the cultural factors in crewing is required. Never underestimate the importance of pastoral and spiritual care, for example, Filipino seamen tend to be very pious. So, if there is an opportunity for them to be able to go ashore to church on a Sunday, this should be facilitated if at all possible. Proper management of internet access is required to prevent  social isolation on board. The key is prevention and early intervention

The Sailors Society do excellent work with their Wellness at Sea program, which seeks to address both the causes and effects of poor mental health in seafarers from a holistic perspective. Wellness at Sea therefore seeks prevention rather than cure.  The programme addresses wellness as a holistic concept made up of five specific areas of well-being: Social, Emotional, Physical, Intellectual and Spiritual.  The good work of ISWAN is also worth mentioning, who offer a 24 hour multi-lingual helpline for those requiring assistance.

At the UK P&I Club, we devote a lot of attention to the issue of crew mental wellbeing by cooperating with mental health professionals and producing crew health advice bulletins, which are freely available on the website for anybody in need.

Implementing a good mental health policy results in many benefits:

In conclusion, taking care of the mental wellbeing  of crew who are facing many challenges and  may be vulnerable to anxiety and stress is very important. We use the following acronym to highlight key steps: SAVE (Support – Awareness – Value – Educate), meaning:

You may view his video presentation by clicking here

David Nichol is a master mariner with 39 years of experience in the shipping industry. After sea service on tankers, bulk carriers and OBO’s, he worked as a ship surveyor and marine consultant for 18 years performing a wide range of casualty investigations, ship inspections and cargo surveys, with the majority of assignments being P&I related. From 2010, he was employed as a P&I Club senior claims executive before joining the loss prevention department of the UK P&I Club 3 years ago. David is based is the UK Club’s Piraeus office assisting members with loss prevention advice, training and education initiatives, as well as carrying out regular shipboard P&I risk assessments.