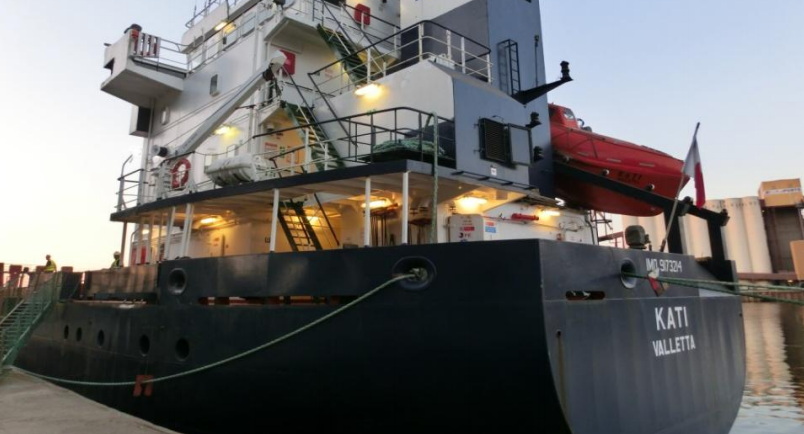 Transport Malta's MSIU issued an investigation report on a crew member fatality inside the cargo hold onboard the Maltese-registered general cargo ship 'KATI', while at the port of Wismar, on 16 July 2018. The death was associated to a deficient in oxygen atmosphere inside the cargo hold.

On 16 July, the Malta registered dry cargo ship 'Kati' arrived in Wismar, Germany to discharge a cargo of fuel logs, stowed on deck and in the ship’s two cargo holds.

During a customs’ routine inspection, the AB, who was stationed by the gangway, did not respond when he was called by the master to unlock his cabin for inspection. An initial search onboard yielded no results.

At approximately 1335, the bosun went to have a look inside the cargo hold entrance and noticed a person lying on the deck, approximately eight metres down at the bottom of the access duct.

The bosun notified the master by VHF about his findings. Together with the chief officer, the master immediately proceeded to the forecastle.

It was the missing AB who was found on the cargo hold’s tank top. He was later pronounced dead.

The safety investigation found that at the time of the accident, the percentage of oxygen in the air inside the cargo hold was about 2.1%.

The immediate cause of the accident was exposure to an atmosphere which was deficient in oxygen. Asphyxia was determined to be the cause of death.

Wood products carried in bulk and in sealed cargo compartments are capable of depleting oxygen from the atmosphere, for instance, inside a cargo hold. There are various theories which explain the possible mechanisms leading to oxygen depletion including, microbiological activity and oxygen reactions with the constituent elements of wood.

The AB was found with injuries to his head. Although the MSIU could not verify the cause of these injuries, it was considered that probably, he had fallen off the ladder in the access duct for cargo hold no. 1 during his descent and before reaching the tank top, as a result of the above mentioned symptoms.

Immediately following the accident, notices cautioning of the potentially hazardous situation onboard were affixed on the access door to cargo hold no. 1. Moreover: 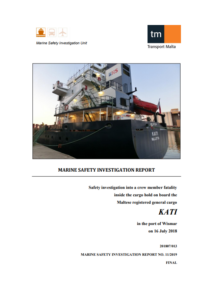