Crew kidnapping on the rise in Gulf of Guinea, Dryad says 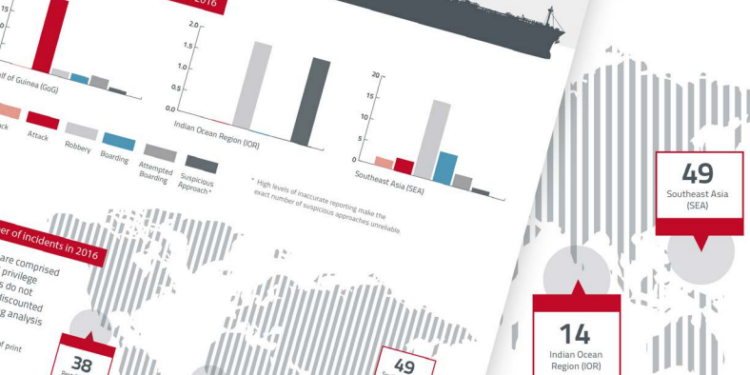 In contrast to the substantial numbers of reported incidents across Southeast Asia and the Indian Ocean in recent years, maritime crime now appears to have stabilised in these regions according to the latest Q2 maritime crime statistics released by Dryad Maritime.

There have been 34 incidents of maritime crime and piracy reported across Southeast Asia during the second quarter of 2016, taking the total for the first half of the year to 49. This is a 66% reduction for the half yearly total when compared to the first six months of 2015.

However, despite the global downturn, maritime piracy in the Gulf of Guinea and Sulu Sea continues to give cause for concern with kidnap for ransom the main threat. The Gulf of Guinea is now widely regarded as the most dangerous region in the world for seafarers and was designated a Pirate Danger Area by Dryad Maritime in April 2016. Since then the area has seen a continuation of high levels of piracy throughout the second quarter of the year. Indeed, April 2016 was the busiest month on record with 14 attacks occurring off the Niger Delta; resulting in the kidnap of 10 crew from three vessels as far as 110 NM from shore.

“The maritime crime picture at the half year point is very similar to the one we reported a few months ago. In some regions we continue to see significant progress as anti-piracy measures take effect and maritime crime de-escalates, but in others, violent crime and piracy continue. The Gulf of Guinea and Sulu Sea continue to give cause for concern with criminal gang and terrorist related kidnap respectively, but the situation in the wider Southeast Asia region is much better.

In the Indian Ocean, we are witnessing a period of de-escalation as ship owners are placing less reliance on armed security in favour of information-based risk mitigation. Whilst the welcome containment of Somali piracy has come about as a result of a comprehensive, joined-up approach, including naval forces and embarked armed guards, we are very mindful of the fact that the situation at sea can change rapidly. In short, avoiding complacency and remaining vigilant is as important today as it was in years gone by, as any material change in the risk/reward ratio for Somali pirates could result in further hijacks of those that fail to prepare well or are reckless in straying too close to Somali shores.

Other areas continue to give mariners cause for concern; from the conflict in Libya, Syria and Yemen to the humanitarian crisis of Mediterranean migration, there is plenty to occupy the minds of those with a duty of care to seafarers and passengers alike. Our advice is to encourage all to build the best possible awareness, thereby reducing uncertainty and enhancing preparation.”