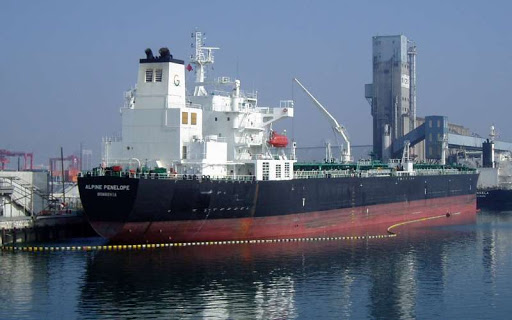 Crew kidnapped from tanker in Gulf of Guinea

A total of ten crew members were kidnapped from the crude oil tanker 'Alpine Penelope' while underway in Gulf of Guinea, on 20 February.

The Liberian-flagged ship was heading to Lagos, Nigeria, when it became subject of an attack about 76 nm SW Cotonou, security firm Dryad Global informed.

Reports say the officer on watch identified two armed men onboard. The SSAS was activated, but communications were lost shortly after.

Communications were re-established with the vessel around 0940 UTC.

The 24 crew of the ship includes Georgian, Filipino and Ukrainian nationals.

AIS data show the ship is currently anchored off Lagos.

This is the 7th incident to occur in the waters off Cotonou since January 2019. Of those, 5 have resulted in illegal boarding’s offshore, two of which resulted in kidnappings of crew.

This latest incident has occurred only 11nm west from an illegal boarding event on 19 Jan 20.

In this incident, the container ship Atlantic Discoverer was illegally boarded by two unknown persons with five persons identified as being alongside in a skiff.  The fate of the crew remains unclear.

In 2019, the Gulf of Guinea accounted for over 90% of crew kidnappings globally.