Maritime intelligence company eeSea published a new analysis, according to which COVID-19 has seriously impacted the global container shipping capacity, as a total of 302 of 2,693 sailings, or 11%, have been cancelled in May on all the main line trades. 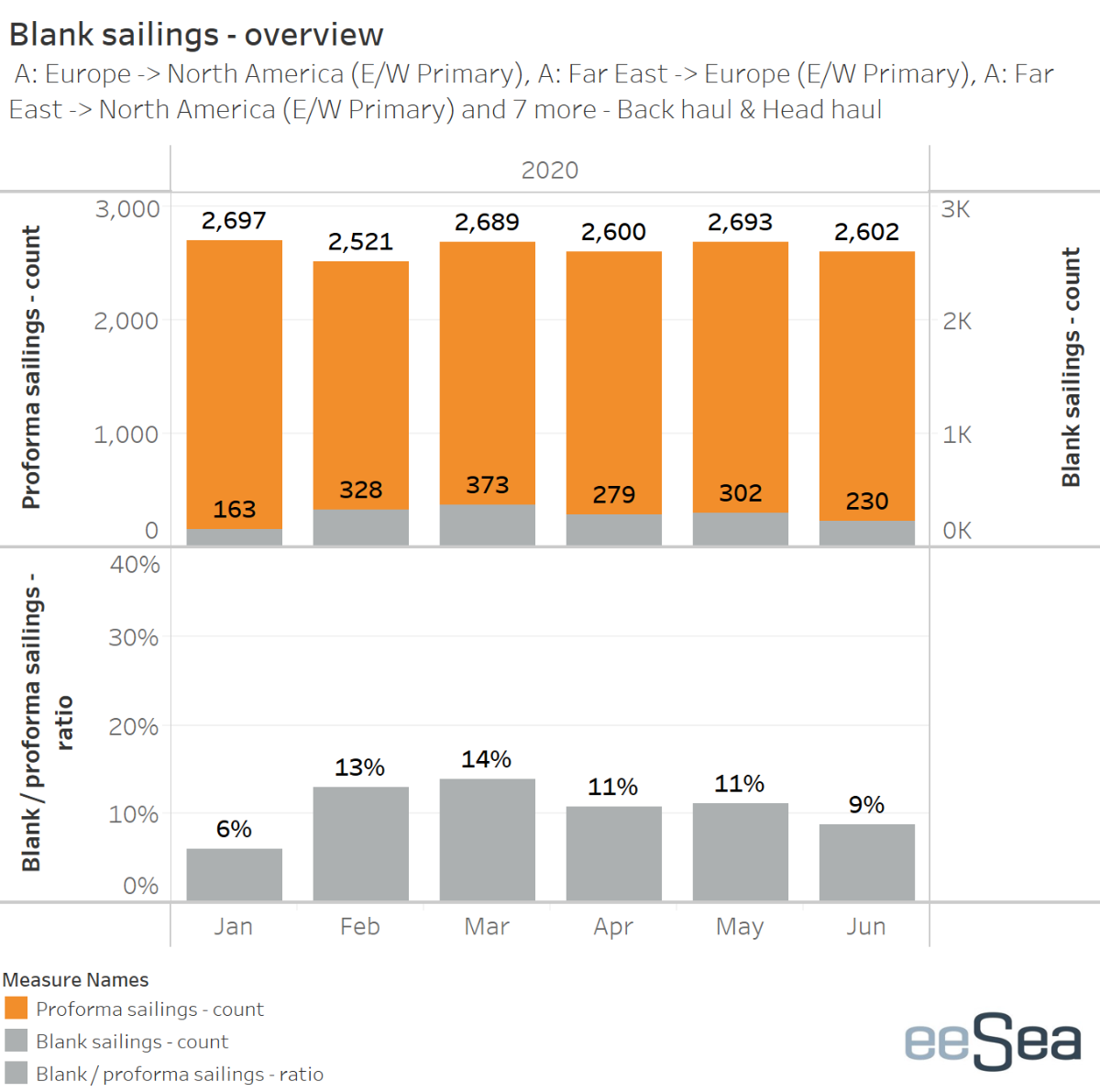 Simon Sundboell, CEO and Founder of eeSea commented that

Understandably, ‘blank sailings’ are the talk of the town among container shipping and supply chain professionals these days. But to truly understand the impact, you need to look beyond the daily trickle of carrier advisories and the number of cancelled sailings. Instead, you need to look at the reduction of container shipping capacity and the pattern that is forming for the weeks and months ahead.

Concerning the Far East - North America, eastbound head haul, including Suez services, the actual deployed vs proforma capacity ratio, after blanks and suspensions, for May is 80% - almost as big a reduction as the February ratio of 71%. YoY (Year-on-Year), including discontinued services, the reduction in May is 21%. 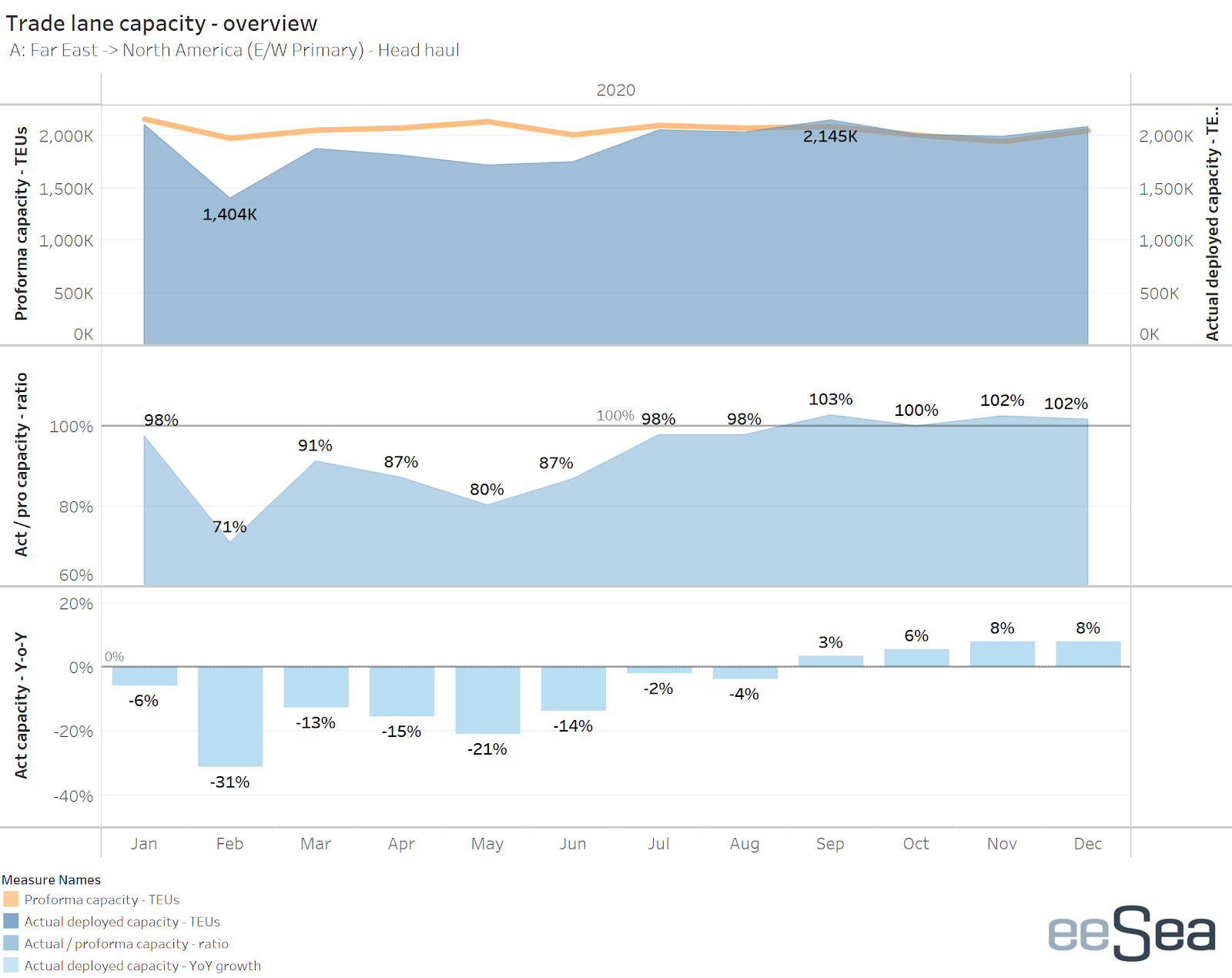 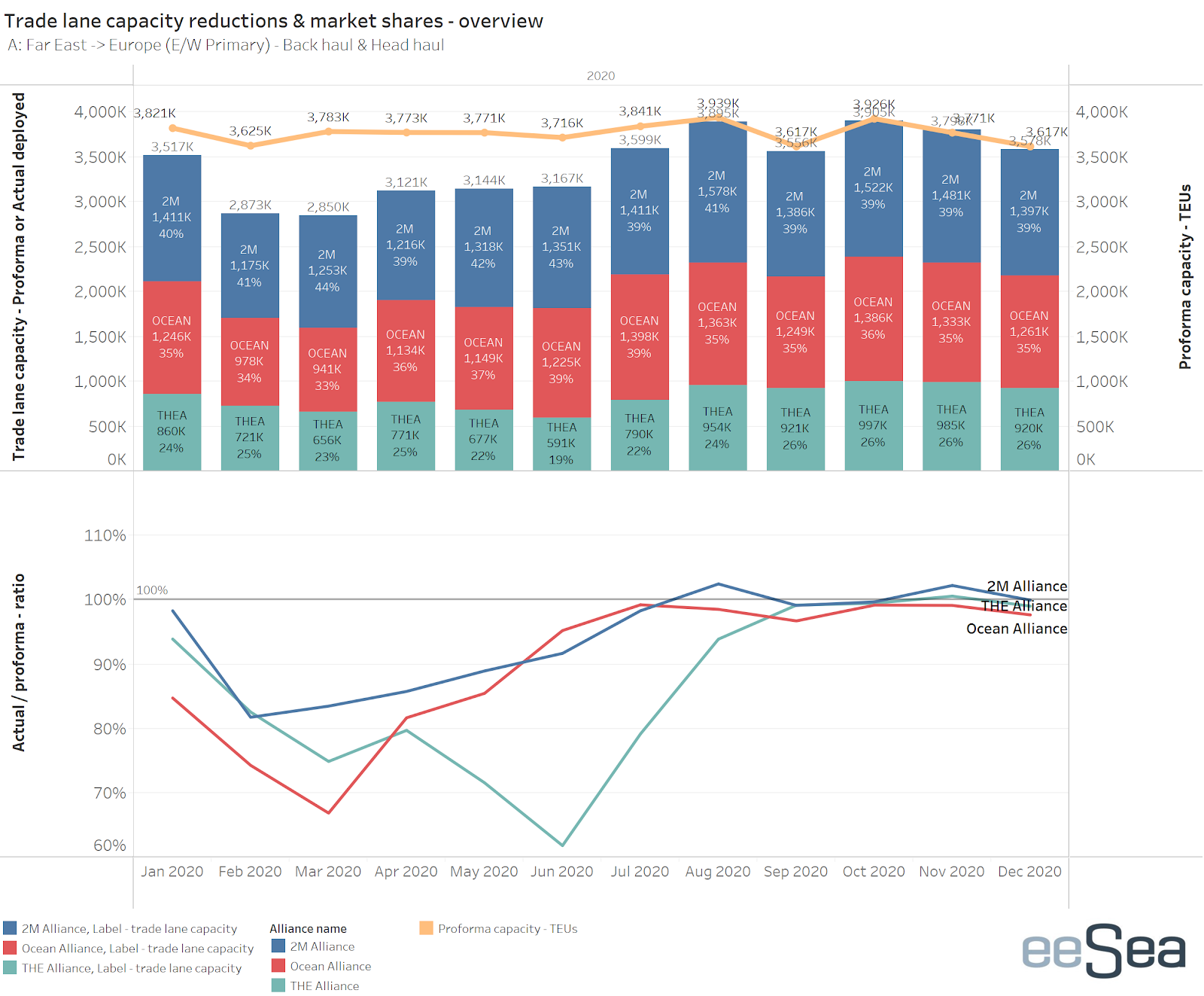 On the other hand, concerning the Far East - North America Head Haul, East and West coasts, including the Suez Canal: