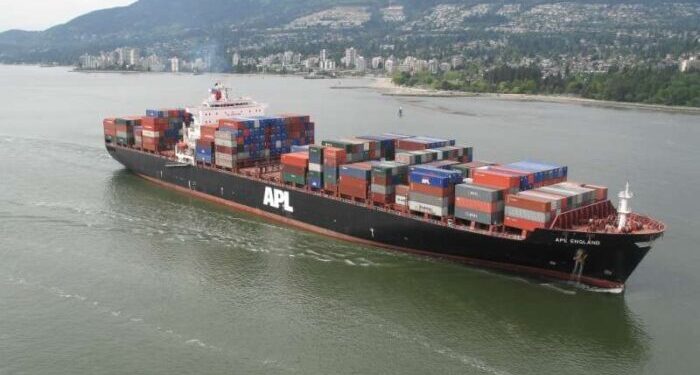 A Brisbane court charged the the captain of APL England – who had lost containers overboard in a storm, 20 months ago – clearing the way for a trial to take place.

While the prosecutor failed to make the case for one set of charges against the captain for pollution, the court agreed the captain should face charges of operating the ship in an unseaworthy condition.

The charges were filed against the captain while the Australian Transportation Safety Bureau continues its investigation and is yet to release a final report on the incident.

The vessel was sailing from Ningbo, China to Melbourne, Australia when it faced gale-force winds and heavy seas about 46 nautical south-east of Sydney, Australia on May 24, 2020. At daylight, the officers determined that the ship had lost 50 boxes overboard while another 63 were damaged.

They later determined that 23 of the containers lost overboard were empty, while one contained a dangerous cargo.

During the hearing in Brisbane Magistrates Court on January 24, prosecutors sought to confirm charges of operating the ship in such a way to cause pollution or environmental damage and a second charge of dumping garbage into the ocean.

The prosecution, however, substituted a charge that the vessel was unseaworthy when it put to sea and the court agreed with that charge.

The captain remains free on bail in Malaysia awaiting a trial date.

What is more, ATSB’s examination of the container stowage arrangement showed several potential issues. In fact, they found missing twistlocks and the use of “high cube” as opposed to standard height containers in the ship’s aft-most container bay.

The prosecutor also believes that the ship was “not safely loaded” in China.