Countdown: The top shipping stories of 2017 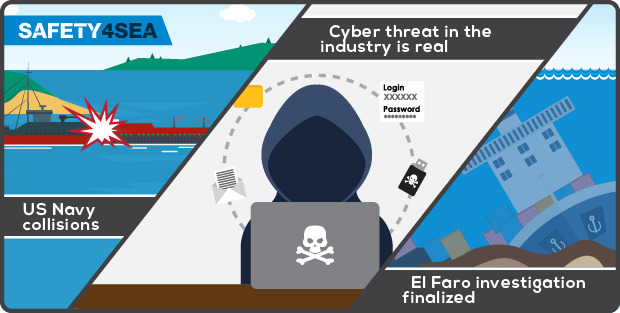 As 2017 is reaching its end, we can’t stop wondering about the future of  shipping industry in 2018. But first, let’s have a look at the stories that our readers were most interested in. The following issues may have been either popular reads in 2017 or captivated high attention among the industry. Overall, major challenges mixed with significant developments made 2017 an interesting year as well for the maritime industry. The agenda included from rise of technology trends and vessel automation, to cyber security issues and piracy revival.

Autonomous shipping and digitalization are currently the ‘buzz’ words around us; however, many things need to be considered about these issues and the industry continues to discussing a lot about them. Certainly, these are the new trends in the spotlight and more developments are looming in the forthcoming years to make the smart shipping concept a reality. However, the ‘smart era’  escalates cyber security risks; in 2017 shipping industry reported the first significant cyber incidents which rang the bell for this new kind of threats.

On 27 June, the Danish shipping giant A.P. Møller-Maersk, operating the biggest container fleet in the world, announced that its IT systems were out of work due to a hit by hackers, which brought disruption to global operations across the supply chain, as well as financial loss at the company estimated at USD300 million. NotPetya was a previously unseen type of malware that affected at the same time Ukrainian and Russian companies, including Russian oil company Rosneft.

Maersk admitted that its anti-virus software was not effective against this new type, which brought a wider concern in shipping and logistics companies regarding their cyber security alertness.

These incidents confirm that all industry’s discussions to raise awareness and enhance security are worth the effort.

During 2017, the following significant initiatives took plance in a bid to take proactive meausures:

Many stakeholders stressed that cybersecurity needs to become a priority for each organization and shipowners and managers need to get onboard with the new risks and work to address the cyber needs of their people, clients, vessels and shore management effectively. 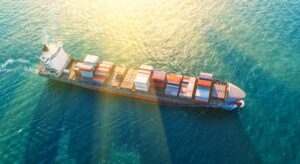 In a bid to adapt to the changes of the maritime industry, many shipping leaders from the private sector, as well as governments and organizations, have backed research and promotion of autonomous vessels, which are considered as a solution to human error-related accidents.

Norway opened this year two more test bed areas for testing of autonomous vessels, in Horten and in Storfjord, after the first at the Trondheim fjord, in late 2016. Finland also inaugurated in late summer the opening of the Jaakonmeri autonomous maritime test area, the first to be globally open for such purpose. To address liability issues involving unmanned vessels, Denmark called in December for an international regulation on autonomous ships.

In addition, UK Ship Register signed its first unmanned vessel, while it also launched an Industry Code of Practice for the design, construction and operation of autonomous maritime systems.

British giant Rolls-Royce took the lead this year in vessel automation agreements, including the cooperation with Google, to boost its artificial intelligence based object classification system for detecting the objects a vessel can encounter at sea. The company also demonstrated the world’s first remotely operated commercial vessel in Copenhagen harbor, in cooperation with Svitzer.

After a joint proposal by nine countries at the IMO’s MSC 98 in June, it was decided that the issue of autonomous ships will be high on the IMO agenda at the MSC 99 due in May 2018.

On the smart front, blockchain technology emerged within the industry during 2017 under significant agreements.

Maersk and IBM were the first companies in the sector to sign an agreement regarding ‘blockchain technology’.

Another collaboration followed among Pacific International Lines, PSA International and IBM Singapore which agreed to provide blockchain-based supply chain technologies with the aim to explore blockchain innovations and enhance security, efficiency and transparency on the supply chain.

Also, the Municipality of Rotterdam and the Port of Rotterdam Authority  jointly launched a field lab for the development of applications and solutions based on blockchain technology.

Thereofre, a mass adoption of blockchain has begun to occur in almost every industry without “neglecting” maritime. Some operators may be afraid to adopt the aforesaid technology but there are millions of ways in which blockchain can revolutionize the way we do business in any form. 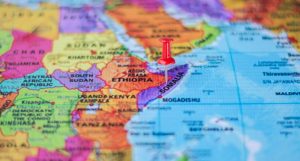 The piracy highlight of the year was the hijacking of the Comoros Islands-registered oil tanker ‘Aris 13’. The ship was sailing from Djibouti to Mogadishu, when a number of armed pirates boarded her and held the eight Sri Lankan crew captive, demanding ransom for release. The crew was eventually released unharmed and without ransom, but the incident raised fears that Somali pirates are back in action, as it marked at that time the first hijacking of a large merchant vessel in the area since 2012.

However, according to ReCAAP ISC’s report issued in November, the total number of incidents during January-November 2017 is the lowest among the 10-year reporting period. On the same context, IMB’s report for the first nine months of the year notes piracy rates down compared to 2016, stressing however a rising concern over attacks in the Gulf of Guinea and in South East Asia. Nigerian pirates continued to dominate when it came to reports of kidnappings, with highlight cases these of the cargo ship BBC Caribbean and the container ship ‘Demeter’.

IMO Secretary General noted that despite a significant decline in Somali piracy for a five-year period, the same has not been fully eradicated and industry should continue to take protective measures. 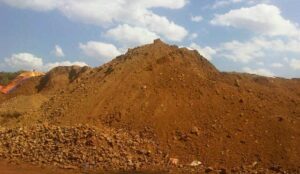 A special importance was given in 2017 at liquefaction risks, on the aftermath of the sinking of the Hong Kong-flagged bulk carrier ‘Emerald Star’off the northeast coast of Philippines in October, with loss of 10 crew members. The accident rose several warnings from the international marine insurance industry, concerning maritime transportation of nickel ore, considered as the world’s most dangerous cargo.

The accident awoke liquefaction concerns therefore, INTERCARGO  urged operators to pay attention to the provisions in the IMSBC Code to maximise safety in the transportation of dry bulk cargoes.

In accordance with IMSBC Code, nickel ore is classified as Group A cargo, which may liquefy if shipped at a moisture content in excess of its Transportable Moisture Limit (TML).

USS Fitzgerald collided with containership ‘ACX CRYSTAL’ on 17 June in Japanese waters, resulting in death of seven US sailors, while USS John S. McCain collided with tanker ‘ALNIC MC’ on 21 August in the Straits of Singapore, causing death of 10 sailors.

The investigation report concluded that both these accidents could have been avoided and resulted from lack of procedural compliance.

The findings triggered a general concern within the Navy on navigational safety, certification and training issues, while it led to a three-month review on the existing systemic conditions influencing the Navy over the last 30 years.

Key on the area of marine casualties for 2017 was the release of the El Faro final report which sunk in 2015, becoming the deadliest disaster involving a US-flagged ship in recent years.

The report indicated the root causes of the accident were the captain’s insufficient action to avoid Hurricane Joaquin, his failure to use current weather information, and his late decision to muster the crew.

The shipping business integration strategy has been seen a lot in recent months, as a result from global economic downturn, leading shipping companies to mergers or alliances, in order to achieve stable profits and overtake the competition. 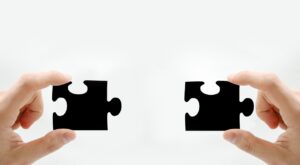 Maersk Line’s acquisition of Hamburg Süd was closed on 30 November, after having triggered a regulatory approval process in 23 jurisdictions. Together, Maersk Line and Hamburg Süd will have a total container capacity of 4.15 million TEU and a 19.3% global fleet capacity share, with a combined fleet of 772 vessels, according to Alphaliner.

In the shipbuilding sector, Mitsubishi Heavy Industries formed an alliance with Oshima Shipbuilding in June, to strengthen business competitiveness in the global market.

Consolidation, whether through alliances or mergers and acquisitions, will continue as a key feature especially in the container shipping industry into 2018, according to a report by Moody’s Investors Service. Moody’s expects shipping companies to continue to seek alliances and slot purchase agreements where possible. Any that do not participate will probably be at a competitive disadvantage as they are less likely to achieve the cost efficiencies needed to compete with peers in alliances.