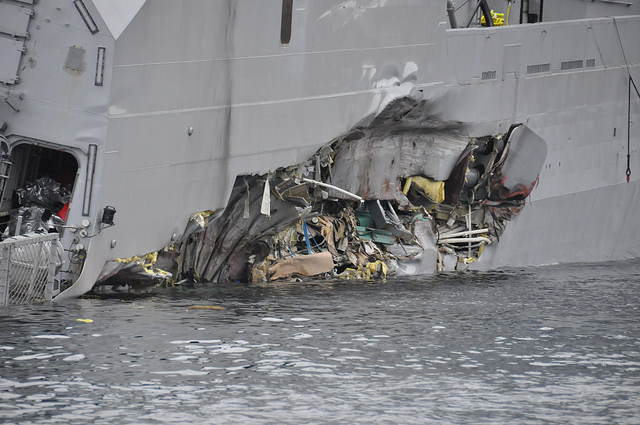 Cost to repair frigate Helge Ingstad could be more than $1.3 billion

Despite the fact that the frigate Helge Ingstad was raised and set afloat after four months underwater, it still has a long way to go and needs massive investments. In fact, the cost of repairing the frigate will be more than NOK 12 billion ($1.37 billion), which is three times more the original cost.

The total costs of the Helge Ingstad's replacement have not been estimated yet, but the Norwegian defence department believes that ordering several ships at once will be much cheaper that restarting production for just one ship. In fact, the price for a new frigate would be lower than the cost of repair.

In addition, in their annual report, the Armed Forces noted that they would consider re-using the details for remaining vessels or sell the steel.

In the early hours of Thursday 8 November, seven people were slightly injured after the Norwegian frigate 'KNM Helge Ingstad' collided with the Maltese-flagged oil tanker 'Sola TS' off Bergen, Norway. The warship developed dangerous list and all of its 137 crew were evacuated.

KNM Helge Ingstad sustained significant damage as a result from the collision and sank a few days later, despite salvage efforts and was refloated in late February and taken to the port of Hanøytangen for investigation. Sola TS sustained superficial damage to her starboard.

The frigate had remained underwater for almost four months before it was raised and transported to Haakonsvern in Bergen.