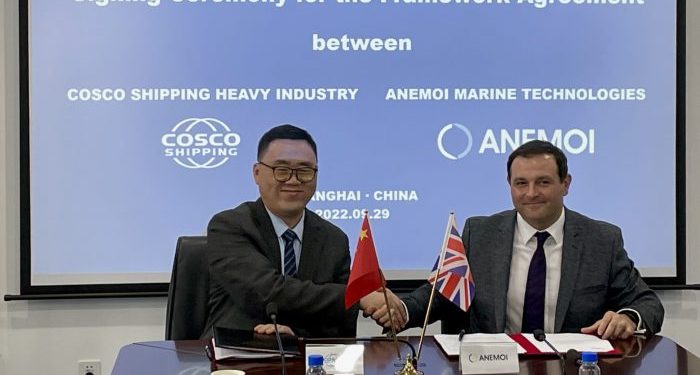 Rotor Sails, also known as Flettner Rotors, are an energy saving technology. The mechanical sails are comprised of tall cylinders which, when driven to spin, harness the renewable power of the wind to provide auxiliary propulsion to vessels which significantly reduces fuel consumption and lowers harmful emissions entering the atmosphere by 5-30%.

According to IWSA, the latest installations of wind propulsion technology on large commercial vessels have tipped the amount of cargo that can be transported on vessels that make use of wind as a renewable energy source over the one million tonnes of deadweight (DWT) milestone.

By the end of this year, IWSA estimates that wind propulsion technology will be installed on around twenty-five large commercial vessels, representing 1.2 million DWT.

Based on public announcements and shipyard orders made to-date, IWSA also estimates that by the end of 2023, up to fifty large ships will be making use of wind as a renewable energy source with a combined tonnage of over three million DWT.