Cosco is doing the least to cut its carbon footprint, report says

by The Editorial Team
in Emissions, Green Shipping

Above image is used for illustration purposes only / Credit: Shutterstock / Kudla

Specifically, the report revealed that China’s state-run giant Cosco has been branded the line doing the least to cut its carbon footprint, while Japan’s Nippon Yusen Kaisha (NYK) narrowly beat Denmark’s Maersk as the most proactive player in terms of its green policies.

Among findings in the report, it was noted that the shipping sector has poor rates of disclosure – only five of the 18 companies completed CDP’s 2018 climate change questionnaire, and only four are official supporters of Mark Carney’s Task Force on Climate-related Financial Disclosures (TCFD). 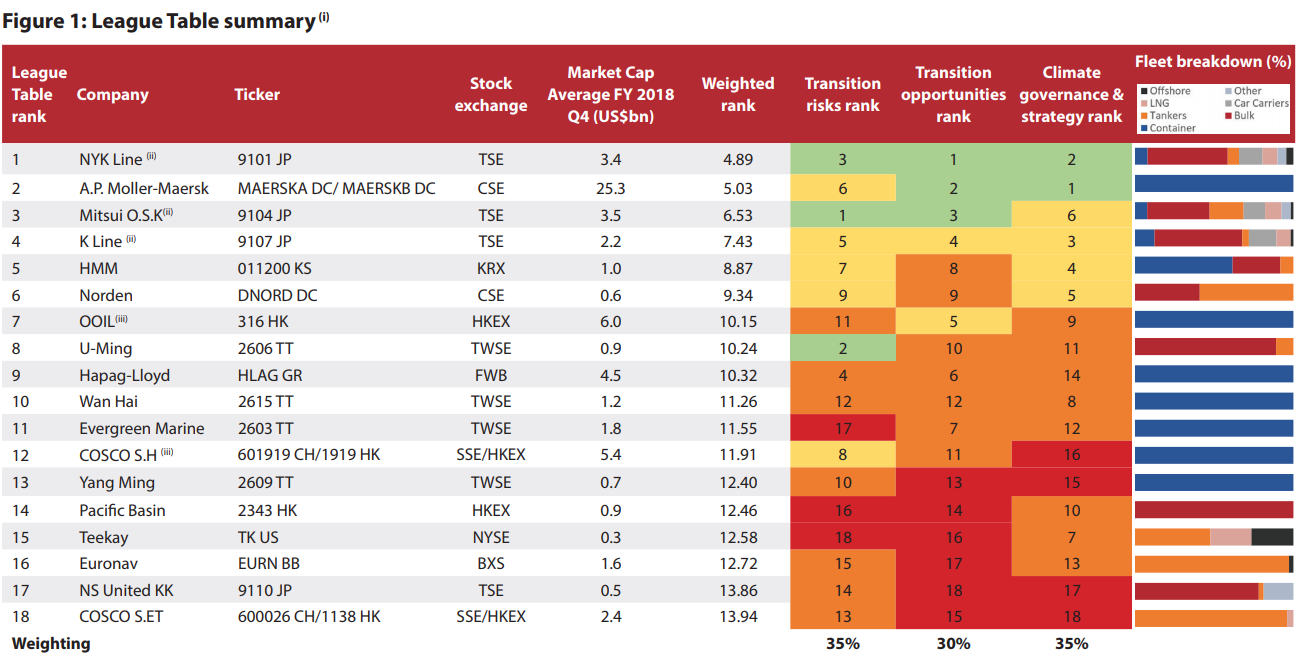 In addition, the report addresses that although the container transport is one of the most emissions intensive shipping sector, it managed to achieve the highest emissions reductions across the sub-sectors; This was achieved on average reducing by 5.3% between 2012 and 2017.

The report also notes that bulk carrier and tanker divisions are seeing their emissions increasing by 1% and 0.5% on average over the same period.

CDP also concluded to the fact that 10 companies are actively facilitating the development of LNG marine fuel through collaborations or integration of LNG-ready vessels into their fleet.

Meanwhile, 12 of the 18 companies have disclosed emission reduction targets. 50% of these are long term Scope 1 targets out to 2050; however, these need ongoing scrutiny given the low reported board level oversight and lack of immediate technology options to decarbonise.

NYK is ranked in first position overall with Maersk and MOL in second and third position. Lowest ranked companies are COSCO S.ET and NS United.

Concluding, for additional information on the report, you may click here.