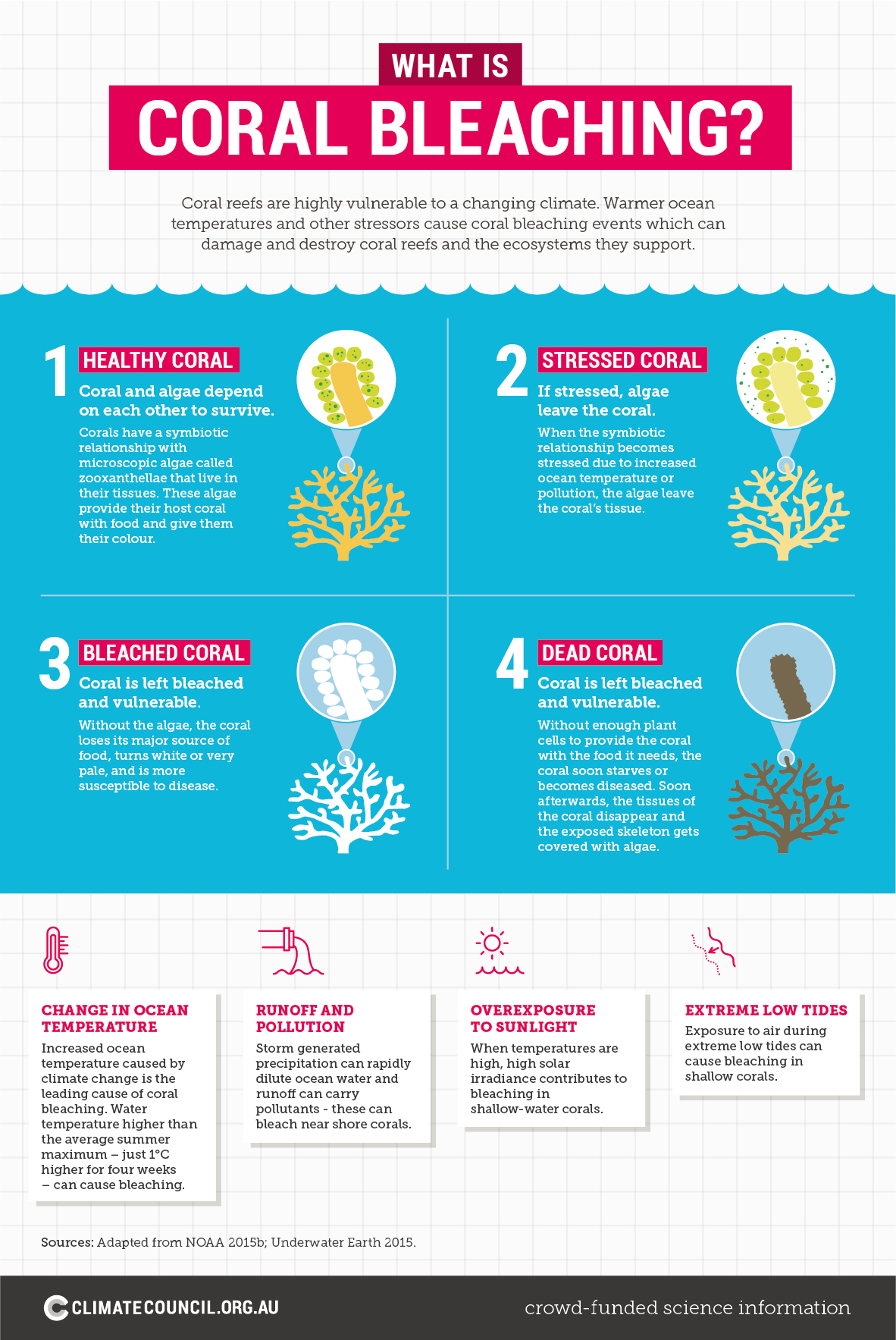 The Great Barrier Reef could be hit with repeat coral bleaching events every two years by 2034 under current greenhouse gas pollution rates, according to a new report by Climate Council, revealing that accelerating climate change has driven a 54% increase in the number of marine heatwave days each year (between 1925-1954 and 1987-2016), placing global reefs at serious risk.

The unprecedented bleaching events on the Great Barrier Reef in 2016 and 2017 resulted in mass coral mortality, with the 2016 bleaching event at least 175 times more likely to occur due to intensifying climate change.

During the event, corals started to die almost immediately when heat exposure reached a threshold of 3-4°C-weeks (degree heating weeks – a commonly used measure of heat exposure based on the intensity and duration of thermal stress). Coral mortality during the bleaching event was strongly correlated with the level of heat exposure.

The 2016 bleaching event resulted in the death of 29% of the corals on the Great Barrier Reef. Coral mortality during and after bleaching was strongly correlated with thermal exposure.

Where bleaching on reefs was less than 25%, post-bleaching mortality was negligible, but above this threshold, loss of corals progressively increased. Reefs exposed to 0-3°C-weeks experienced low loss of coral.

There is still hope for the Great Barrier Reef in the long-term. But our actions now will determine its long-term survival and that of all warm-water coral reefs around the world. It is imperative that global average temperature rise does not exceed 1.5°C above pre-industrial temperatures.

Find out more in the following report: