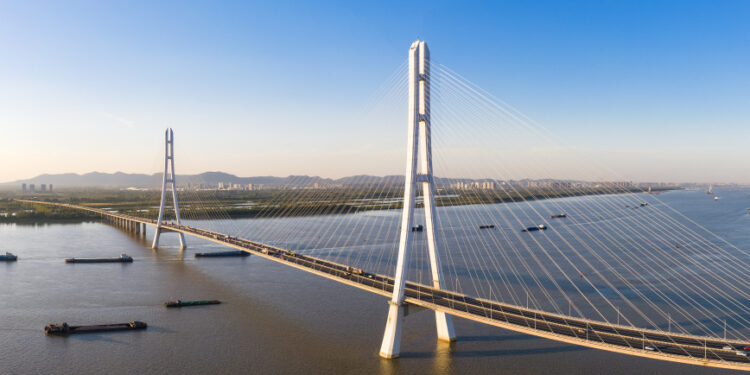 Following a similar warning in April 2020, the Republic of the Marshall Islands Maritime Administrator now informed it continues to receive loss of propulsion reports from ships while in high density traffic or in narrow waters in China.

The most recent incidents include:

-CASE A: A vessel departed Chengxi Shipyard and as the speed was brought up, the Main Engine Unit No.3 FIVA Valve O-ring developed an increasing oil leak. This caused the pilot to emergency anchor the vessel at Nantong. A subsequent PSC inspection led to a detention with deficiencies unrelated to this incident.

-CASE B: While maneuvering in the Yangtze River after fuel oil was changed over to LSMGO, a loss in fuel oil pressure in the diesel generator engines resulted in an electrical blackout and loss of propulsion. The vessel was detained by the PSC over failure to implement the ISM Code related to the critical operation of fuel oil changeover.

-CASE C: A vessel was departing the berth at Jingjiang when the Main Engine remote control failed, resulting in the engine side control being used. The pilot dropped anchor at Jingjiang. The subsequent PSC inspection led to a detention unrelated to this incident.

-CASE D: During unberthing operations at Changzhou, the main engine would not start and the vessel was shifted to a nearby temporary anchorage for repairs. The vessel was not detained by the PSC in this case.

-CASE E: After repairs at Huarun Dadong Shipyard, a sea trial was completed. However, on departure, the main engine’s automatic slow down got activated and the vessel returned to the shipyard. Since this critical situation was not reported to the local authority immediately, PSC detained the vessel.

These incidents show the importance of carrying out proper main engine preparation and testing and ensuring familiarization with fuel oil changeover procedures prior to entering high-density traffic areas or narrow waters in China,

…RMI said, while it has also previously advised:

Attention is also drawn to the Safety Notice issued by the Shanghai Maritime Safety Administration.