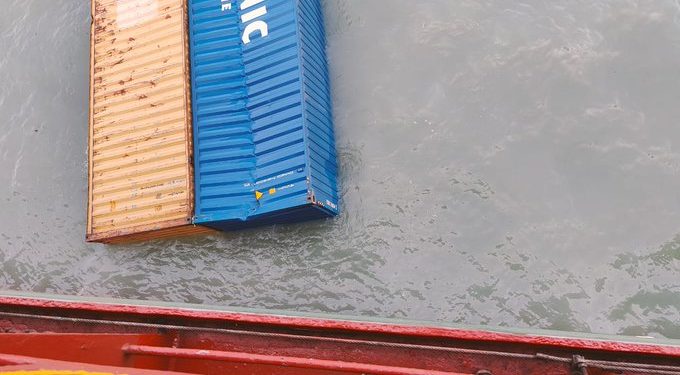 On January 7, a containership listed hard over at a pier at Mundra International Container Terminal, dropping a large quantity of cargo over the side.

According to information, during cargo operations, the vessel Sea Xpress listed hard over to port, throwing about 20 containers into the water.

What is more, commenting on the incident, Broker Prevailing Shipping & Logistics India reported that the incident was probably caused by improper ballasting and the outboard orientation of the vessel’s cranes.

In fact, photos from the scene indicate that before or after the accident, the vessel also listed hard to starboard, towards the pier.

The incident took place at DP World’s MICT Terminal at Mundra Port, and as of late January 8, the Sea Xpress was still alongside the terminal’s pier.

According to the World Shipping Council (WSC) Containers Lost at Sea Report, covering 2020-2021, containers lost overboard represent less than one thousandth of 1% (0.001%).

However, the past two years have seen a worrying break in the downward trend for losses, with the average number of containers lost at sea per year since the start of the survey increasing by 18% to 1,629.