Containership stranded in Turkey due to engine failure 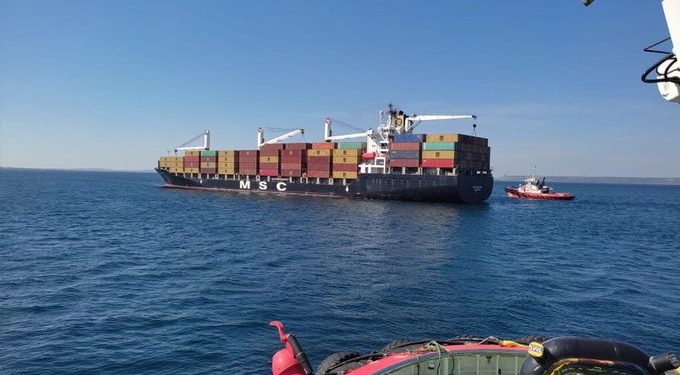 MSC containership Malena has experienced an engine failure in front of Canakkale, in the Turkish Dardanelles Strait, on October 10.

The incident took place at around 11:00am local time, while the 2,503 TEU vessel was heading to Italy from Tekirdağ, Turkey.

Upon being notified of the incident, the Canakkale Ship Traffic Services Center launched rescue efforts with two tugboats.

As a result, the ship has been safely anchored in Dark Harbor, Gulf of Erenköy’s midpoint in southern Dardanelles.

In another incident that occurred in Turkey, five seafarers had to be evacuated after experiencing gas poisoning onboard a tanker on Turkish tanker, on October 9.

According to information, the tanker SEALION 1 requested medical assistance to 5 poisoned crew, in the evening of October 9.

The tanker is anchored at Bakirkoy, Istanbul, Marmara sea, and is believed that the crew were poisoned by fumes in empty cargo tanks, while cleaning the tanks, or checking them.

What is more, the Captain also got poisoned, during tanks check.