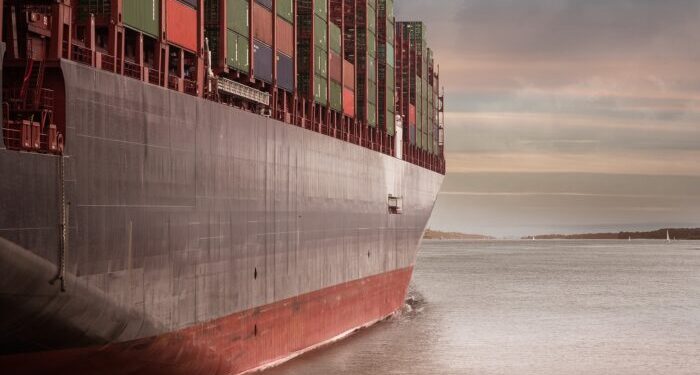 Following several container losses and with vessels reportedly losing thousands of containers in an incident, particularly in the North Pacific, Steamship Mutual issued a risk alert focusing on issues associated with cargo stowage and securing.

According to the club, when a container ship is at sea there are forces acting in the longitudinal, transverse and vertical axes of the ship and consequently these forces are also acting on the cargo on board.

Therefore, the Cargo Securing Manual (CSM) is designed to ensure that cargo transport units carried on or under deck are loaded, stowed and secured adequately such as to prevent any damage or hazard to the ship and the persons onboard, and any damage or loss of the cargo.

As Nahush Paranjpye from Steamship Mutual Loss Prevention Department explained, each cargo container, unless empty, is affected by the nature of the cargo and the manner of securing the cargo inside the container.

In fact, this will in turn influence how the containers interact with adjacent containers and the overall behaviour of the stack.

“A combination of factors such as the stowage plan, condition and strength of the various elements of this composite structure, vessels stability condition, environmental conditions and ship handling will all have a collective impact on the effectiveness of the cargo stowage and securing”.

When planning effective stowage and securing, it should be remembered that:

It is recognised that while being loaded or when stowed at a high tier it may not be possible for the ship’s crew to perform a close-up inspection of every container. However, even from a distance, visually conspicuous conditions that might indicate potential issues should be discernible.

Visual monitoring could pre-empt risks due to:

Effects of Speed, motion, vibrations & accelerations such as: 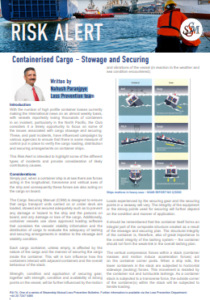