Container ship stuck in ice off Greenland for two days 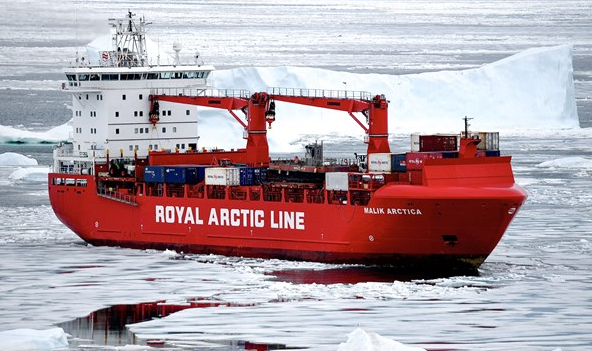 According to the Greenland shipping company, Royal Arctic Line, its vessel “Malik Arctica” has been stuck in the ice off the east coast of Greenland for almost two days.

It was on 7 October, when Malik Arctica became stuck in the ice when approaching Ittoqqortoormiit, a remote community located in southeastern Greenland.

In fact, the 8.370 DWT cargo and container ship was in no immediate danger, while managed to get to clear water on 8th October.

For the records, for more than 24 hours the ship was able to make only slight headway turning back towards the ocean and not towards its destination.

Eventually, it was able to free itself back into the ocean, where it was sitting off the port waiting for the ice conditions to improve.

As the vessel’s owner informed, this is not the first time that a vessel got stuck in the ice. Namely, such thing happened back in 2007, when the Arina Arctica was delayed for six days, as it was trapped in ice.