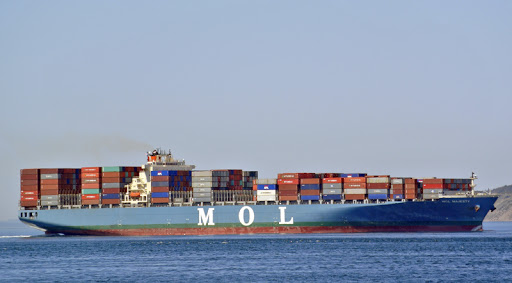 The Mexican Navy seized 3.1 kg of cocaine, reportedly thrown from the container ship 'MOL Majesty' to a boat with three people onboard, at the Port Ensenada. In a statement, the Second Naval Region announced that it confiscated the three packages on 25 February.

Naval personnel were conducting surveillance tours at the time, when they detected a person throwing a black object into the sea, as well as a suspicious boat in the immediate vicinity of the cruise ship "MOL Majesty".

As such, two naval patrol boats were launched to search the area, and personnel recovered three packages of white powder -with similar characteristics to cocaine- wrapped in a jacket.

The suspected boat was also located with three people onboard.

The individuals and the evidence were transferred to the Federal Public Ministry of the Attorney General's Office (FGR).

Cocaine smuggling is a major issue at ports of the region. In September, the Mexican Naval Forces busted two packages containing cocaine from a cargo ship in Altamira port, Mexico.

According to the navy, the forces located 49 kg among iron ore at the carrier's cargo hold.

The Cyprus-flagged general cargo vessel arrived at the port of Altamira on September 5 from Colombia's Barranquilla port.

After arriving at the port, the vessel was inspected and the authorities located the drugs in the bulk carrier’s cargo hold that was loaded with iron ore.