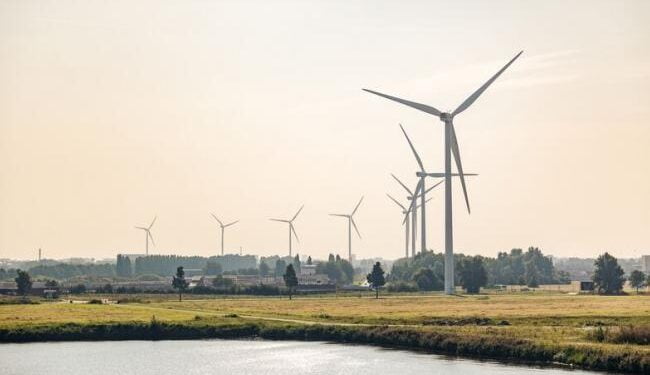 A large part of Amsterdam will be in congestion, including the port area, meaning that newly established companies and existing companies will not receive any new or additional electricity, as the electricity network is full.

As the Port of Amsterdam explained, the demand for electricity has grown enormously over the past decade. This is also reflected in the companies in the port area.

Port companies active in the energy transition and circular process industry are also working on making their own operations more sustainable.

In the Metropolitan Area (MRA), this congestion will slow down the pace of the energy and raw materials transition.

About fifty port companies are affected by this congestion, leaving them unable to achieve their objectives – or only able to do so later. This is placing major pressure on achieving the climate goals in the port of Amsterdam, the City of Amsterdam and the North Sea Canal Area.

The first structural increase in electricity capacity for companies connected to the Hemweg substation and underlying stations will become available in mid-2027. In the meantime, Liander, TenneT, the City of Amsterdam and Port of Amsterdam are jointly working on a program to accelerate work and innovations and to promote temporary solutions. These include large-scale battery up-scaling and peak shaving. Through mutual cooperation between consumers, it may be possible to reduce the peak and suffice with the existing capacity.

We are also working to increase the production and transport capacity of electricity and to accelerate the provision of alternative renewable energy sources. These include the reuse of heat and the use of hydrogen

The congestion announced  will not be limited to Amsterdam and the region, as the whole of the Netherlands is expected to face much more congestion in the future.

This is also putting pressure on the climate objectives and ambitions, such as making Amsterdam climate neutral by 2050. This congestion requires the highest priority and creativity from energy companies, governments and politicians in order to be resolved.

For this reason, the Port of Amsterdam has therefore joined the Taskforce with Liander, TenneT and the City of Amsterdam to tackle the consequences of the flooded electricity network.