Conflict in Ukraine leads to increase in maritime comms use 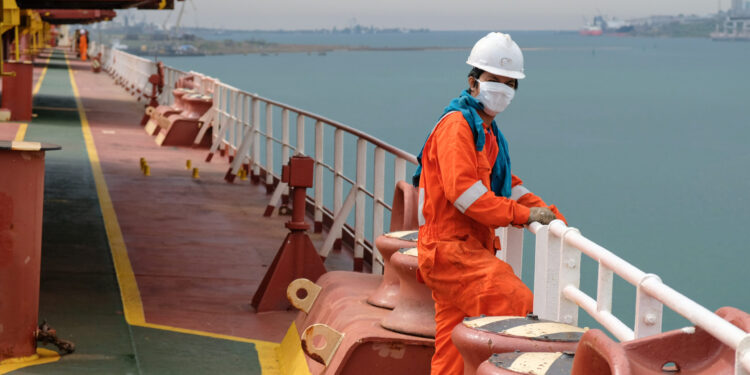 Demand for maritime connectivity has escalated over the past week as seafarers want to call home, reports digital communications specialist IEC Telecom.

The company advises that its usage figures for the past month show maritime comms traffic has risen by 30%, most of it over the previous seven days and attributable to extra calls to Ukraine.

IEC Telecom has been alerted by the situation in Ukraine and its impact on crew at sea who are understandably very worried. We noted the sudden rise in the use of our services and could see clearly that this corresponds with the outbreak of hostilities

This happens as crews impacted by the conflict in Ukraine are desperately trying to keep in touch with family and friends as well as seeking up-to-date information, ship operators report. Ships which currently have crew comms systems in place are responding to calls from seafarers to increase bandwidth, speed and availability onboard.

However, for vessels without a satcom system in place they face an additional problem: due to the global shortage of microchips, waiting lists for VSAT systems are currently 3-6 months long.

Mr Ben Soussia explained that availability of VSAT systems significantly decreased prior to the start of the Russian-Ukrainian conflict, due to the global shortage of microchips caused by the pandemic which has created a worldwide problem for a diverse range of producers including car manufacturers, tech businesses and even laptop suppliers.

He encouraged ship operators all over the globe to instead consider installing fixed voice terminals, while those stocks last. Operating akin to public phones, these systems immediately secure crew welfare communications.

This is an unprecedented situation. As a shipowner you need to act now to secure your crew communications. In an unstable world, what today is helping Ukrainian seafarers keep in touch with home could help your crew tomorrow

Mr Ben Soussia advised that a voice terminal, such as Thuraya’s MarineStar, can be installed by any electrician within a couple of hours and costs the same as a mobile phone to operate.