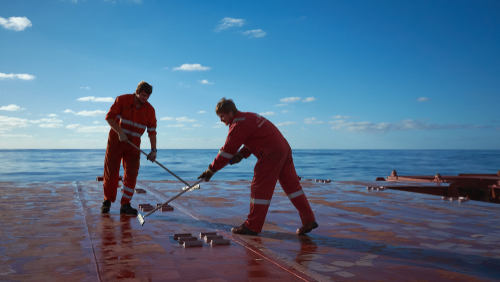 Global maritime charity Stella Maris has stepped in to provide emergency relief for 16 crew members on a fishing vessel left abandoned in Mombasa port in Kenya since March this year.

The seafarers on board had run out of food, except for some old vegetables, after the vessel owners stopped providing them with supplies last week.

The crew also claim that they are owed wages for the last eight months and are increasingly worried about their families back home.

Stella Maris has now stepped in to provide emergency relief for the men, supplying a week’s worth of groceries, including oil, meat and rice.

The seafarers are also in need of fresh water and diesel to run the ship’s generator.

We were informed of the crew’s dire situation by the International Transport Workers Federation (ITF) inspector based here, so went to visit the vessel to assess the situation and see how best we could help. We invited the local Mission to Seafarers team to assist in our response

This case illustrates a wider problem of seafarer and fisher abandonment. According to the International Labour Organization’s Abandonment of Seafarers database, 57 ships have been reported abandoned since the start of this year.

The crew, led by the captain, has begun to seek legal redress.

The situation is becoming increasingly hopeless, and no one knows how long a court case will take, but Stella Maris will keep looking out for the crew’s wellbeing and monitoring the situation