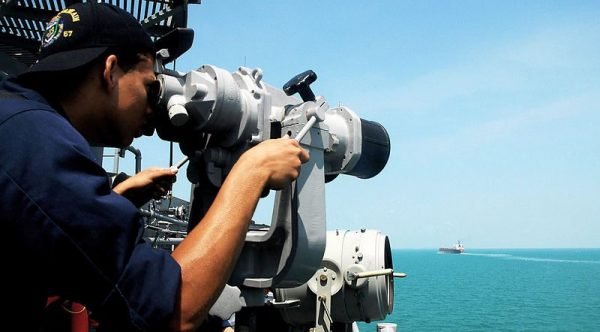 ASKET and PCA Maritime are collaborating in a new venture to further support Legal Compliance amongst Private Maritime Security Companies by the Monitoring of Weapons in the Indian Ocean.

The unprecedented success of armed guards embarked in ships transiting the waters of the north-west Indian Ocean over the last 5 years has resulted in no commercial ship being hijacked by pirates and the crew held for ransom since May 2012.  The significant reduction in attacks has also caused a consolidation of the private maritime security industry and fierce competition between private maritime security companies (PMSC) for work.

However, there continues to be a significant proportion of ships embarking privately contracted armed security personnel (PCASP) to travel through the High Risk Area (HRA).  In a desire to reduce costs, some ship operators have, either knowingly or not, contracted PMSCs that are willing to compromise compliance with those standards laid down in the international standard, ISO 28007, and the requirements specified in BIMCO’s GUARDCON, to offer a cheaper service and consequently undercut their compliant competitors.  One of the principle ways for a PMSC to reduce costs is to share resources and “rent” or “borrow” weapons from other PMSCs, which is illegal.

“Ship’s flag state needs to see the EUC and verify its authenticity prior to issuing letters of authority (to allow the ship to have the weapons on board). Owners should be aware that this is a legal obligation on flag states and that they should be sighting and verifying EUCs as a matter of routine. The consequences for owners whose flag state fails to verify the authenticity of firearms EUCs before issuing letters of authority could mean significant delays to the ship or even detentions.”

Working together, ASKET and PCA Maritime have developed a process that provides much greater certainty that a PMSC is using only weapons licenced to that company, with appropriate EUCs in place, thus ensuring compliance and eradicating liability for the ship operator and flag State.  The ASKET and PCA Maritime procedure allows flag States to ensure the validity of the a PMSCs EUCs prior to contractual agreement via our newly developed database.

ASKET has been at the forefront in the fight against illegal “renting” and “borrowing” of weapons & equipment since its inception nearly four years ago, and confirming weapon ownership has been an element of their standard service to shipping clients since they first began to broker transits in 2013.  By developing additional procedures and increasing the information captured we can provide an enhanced service free of charge to our clients.

Through the improved secure data base, the ASKET Compliance team not only monitors Weapons and Equipment movements on a transit by transit basis, but also provides oversight on other issues such as Floating Armouries usage, equipment suitability and the competency of individual PCASP.

As a case study; on one occasion in 2016 a PMSC was intending to knowingly enter a UN Embargoed port with UK Registered Weapons, thus breaking the legal terms of the licence and putting the vessel crew, PCASP and cargo in danger and at risk of subsequent detention. Through ASKET’s rigorous checks the Compliance Team could inform all parties before any laws were broken avoiding costly consequences. The PMSC was also removed from the ASKET list of providers.

“ASKET’s considerable experience and diligence in checking the veracity of information provided by PMSCs to our shipping clients has eliminated the illegal sharing of weapons by PMSCs contracted via ASKET.  Our collaboration with PCA Maritime means we are taking an evolutionary leap forward in shaping and refining our systems because of their extensive understanding of how and why the standards were developed.  We welcome this new requirement, as it will make it almost impossible for PMSCs contracted via ASKET Security Brokerage to use unauthorised weapons.  It will also allow the industry to take another important step by eradicating unscrupulous PMSCs that are undercutting the costs of legitimate security providers, thereby raising standards and further professionalising this industry”.

“We have been aware of the excellent service provided by ASKET to their clients for some years and PCA Maritime believe the new processes and procedures, we have worked on together, satisfy the need to ensure that the ship operator or flag State is not put at risk by the hidden illegal actions of a PMSC.  We are delighted to be collaborating with ASKET so together we can support ship operators, flag States and marine insurers to make well informed decisions when selecting professional PMSCs and protecting seafarers from the ravages of piracy.”