The analysis shows that at current break-even costs, the bulk of the hydrogen produced needs to be sold at EUR 5.1 per kg, or about four times the price of hydrogen made from fossil fuel.

In this scenario, the wind farm’s assumed break-even power price is EUR 85 per megawatt-hour (MWh), which is quite close to the strike price of the UK CfD (contract for difference) auction round 2 of GPB 74.85/MWh (Triton Knoll case). The scenario project is coupled with on-site hydrogen production, consisting of proton exchange membrane electrolyzers and storage in a salt cavern. 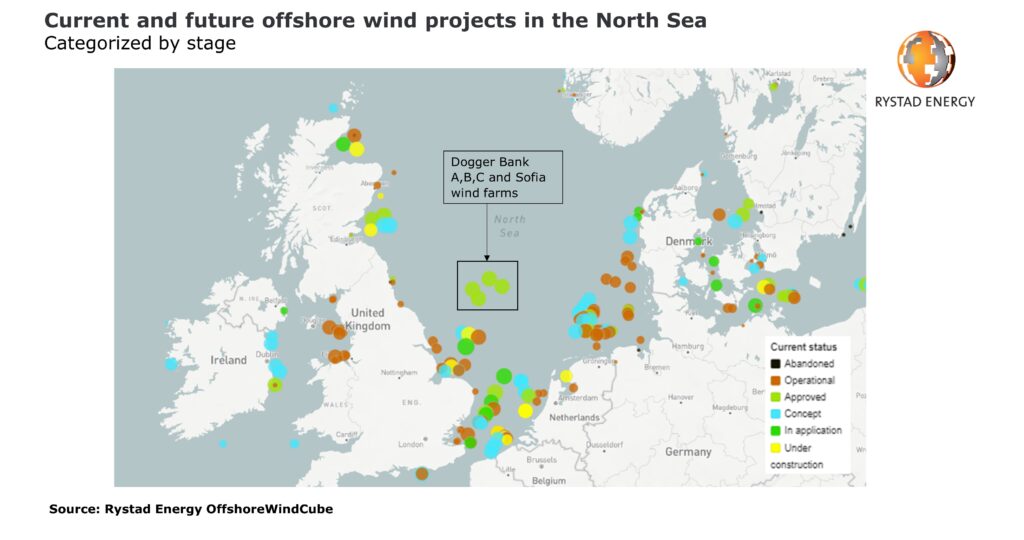 The business case calculations show that a combination of offshore wind and a hydrogen plant is not economically viable at the current cost scheme, as the bulk green hydrogen price will be too high compared with the current price for grey hydrogen.

However, on the flip side, the rapid reduction of offshore wind farms’ capital costs due to policies, such as auction, might accelerate the learning curve for hydrogen production, lowering the cost for electrolyzers and potentially for hydrogen storage, Rystad said.

With the future cost scheme, the prices at which the power and bulk hydrogen need to be sold are more reasonable, although there is considerable uncertainty surrounding this cost trend prediction.

Determining the full potential that hydrogen can unlock is challenging, as hydrogen may open opportunities to decarbonize sectors that would otherwise be difficult to electrify, such as industries, building heating, marine shipping and aviation. But, as we have seen for offshore wind, early-phase support and subsidies can create the needed scale, industrialization and learning needed to tremendously cut costs.