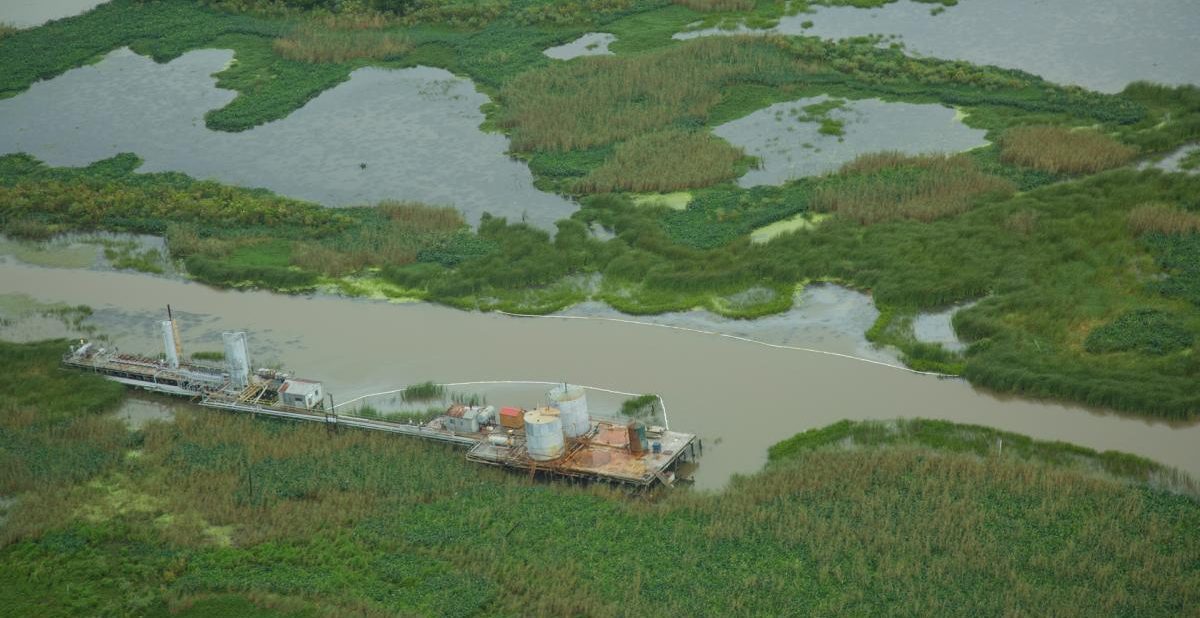 Under the Coastal Voices program, Oceana traveled to Louisiana, to examine the effects of the oil and gas industry on the Gulf’s coastal residents and marine environment.

Coastal Louisiana is a landscape that bears the scars of the oil and gas industry. Oil refineries are mere blocks from homes, and chronic oil spills and leaks mar the water flowing through coastal areas. Oil is a part of everyday life for people in a state that saw its first oil well drilled in 1901.

Human activities have caused the wetlands to be lost faster than they can rebuilt. For example, to transport oil to refineries, the oil industry dredges straight channels across the wetlands to allow boats and pipelines to pass through. These straight channels allow saltwater to flow more easily through the marshes, destroying the freshwater vegetation that keeps the soil in place.

“The legacy of oil company exploration and development in the wetlands has just sliced and diced our coast,” said Aaron Viles, a community organizer who Pyne and Biedron met in New Orleans. “An enormous amount has been lost and it continues at a pretty outrageous pace even despite lots of recent efforts to do more to restore and rebuild these coastal wetlands.”

Disasters like oil spills can also impact wetlands loss. For example, the BP Deepwater Horizon oil rig explosion killed eleven workers and gushed gallons upon gallons of oil into the Gulf of Mexico.

Despite oil spills are frequent in the region, it was soon apparent that this case was not a typical oil spill. By the time the well was finally capped 87 days after it exploded, over 200 million gallons had gushed into the Gulf. A study later showed that the BP disaster also accelerated wetlands loss in some areas.

“It was pretty disturbing to see how far the oil had spread already and there were such wholly inadequate measures being taken to try to control, contain and clean up that oil,” Mr Viles added.

By 2020, the impact of the disaster could total $8.7 billion dollars, including the loss of 22,000 jobs related to commercial, recreational and mariculture fisheries in the Gulf, according to an Oceana report that highlights the impacts of the Deepwater Horizon disaster.

But even before the BP disaster, the Gulf’s coastal residents were already experiencing the consequences of offshore drilling.

"Seeing these impacts with our own eyes has renewed our commitment to fighting against the expansion of offshore oil and gas activities,” said Nancy Pyne, field director, Oceana. “Meeting the folks who have dedicated their lives to fighting to protect the place they love was inspiring, especially in a state where the deck is so stacked against them.”

Oceana encourages those who face offshore drilling by their coasts, not to permit the oil industry development in their region.