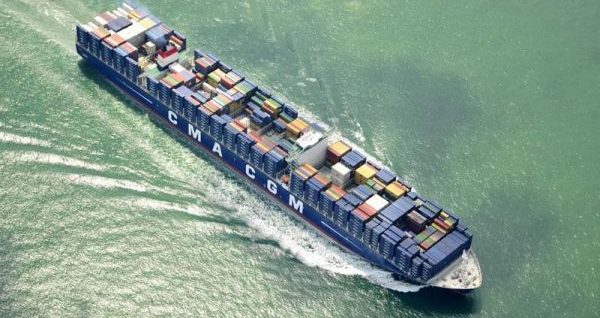 An ultra-large containership belonging to CMA CGM is bypassing the Suez Canal while returning to Asia, adding about 3,000 miles and five days to the journey as impacts of COVID-19 and low oil prices ripple across the supply chains.

Specifically, Lars Jensen, CEO of SeaIntelligence Consulting, published through Linkedin that the 16,022 TEU capacity CMA CGM Alexander Von Humbolt last called in Algeciras, Spain on March 27 and was last tracked underway off of West Africa as of March 31.

The vessel is destined to call Port Klang, Malaysia with an expected arrival of April 21, making for a total transit time of 26 days, as opposed to the typical 21-day transit.

The change in the vessel’s voyage is an example of vessels changing their routes around the southern tip of Africa and South America to avoid Suez Canal and Panama Canal tolls.

The trip is more than 3000 nautical miles longer and the speed is increased by more than 2 knots for the journey despite the added 5 days to the schedule.

Although the vessel’s decision to change its route will burn more fuel by taking the long way around, avoiding the high cost of the Suez Canal toll can in some instances actually make the trip more economical.

Mr Lars Jensen added that the Canal has already a 45-65% discount scheme for USEC vessels to prevent re-routing; In addition, they also announced an additional 6% discount for European vessel; However, he commented that this is not sufficient to prevent round-Africa routings.